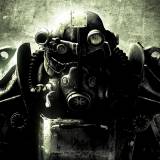 In the beginning, there was darkness.  Then i emerged from my comfortable resting place inside my mother and into the real world.  That day was of course November 13, 1991.  Born in Atlanta, i shortly thereafter moved to Pennsylvania, and lived in a place where there were apparently quite a large number of elderly folk.  When i was 2 years old, i moved to the great city of Indianapolis, where i promply discovered that i had an unhealthy fascination with trains.  I dabbled in video games a little bit here, but it was not until i moved to Ottumwa, Iowa that i truly discovered the joy that they could bring.
On the Christmas of 1999 i convinced my parents to purchase me a Playstation, and my life has never been the same.  For 3 years I played basically nothing but Spyro and Crash Bandicoot games, but after that time, i wanted something more.  So i moved on to PS2, where i played basically nothing except Jak and Daxter and Ratchet and Clank games.  As is probably apparent, i developed an unhealthy love for all things Insomniac and Naughty Dog related.  Sadly, though, i do not own a PS3, so i cannot enjoy their games on the current generation, although i do plan on owning one by the time Resistance 2 comes out.( my meager salary working as a grocery bagger does not allow me to make quite as many purchases as i would otherwise.
I currently play games mostly on my 360, but i do own a Wii as well, and i despise Nintendo at the moment for ignoring the hardcore gamers for the time being.  I have been playing Starcraft a lot recently.  Also, Fallout 3 will be amazing.  Fact.