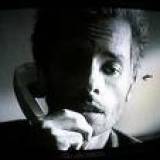 So the studio plans to re-release its blockbuster Batman sequel in January, the height of Academy Awards voting season.

"It's just a matter of bringing it back as a reminder for people," a studio insider explained.

Warner Bros. domestic distribution president Dan Fellman acknowledged ongoing talks with Imax execs over the prospect of restoring the Christian Bale starrer to some giant-screen venues in January. It's uncertain if "Dark Knight" also will reappear in conventional venues at that point.

Directed by Christopher Nolan, the film's huge commercial and critical success has spurred talk of possible Oscar nominations for its director, producers and cast -- most specifically Bale's co-star, Health Ledger, for the late actor's edgy performance as the Joker.

To date, "Dark Knight" has rung up about $512 million domestically and $440 million internationally, including more than $55 million in Imax grosses. A pre-Oscars re-release would help assure its topping $1 billion worldwide.

But with the title set to hit DVD in December, it's now apparent anyone hoping the Batman sequel would soar to "Titanic" heights will be disappointed. "Dark Knight" already ranks as the second-highest-grossing movie ever, after "Titanic's" phenomenal $1.84 billion -- a mix of $600.8 million in domestic box office and $1.24 billion in foreign coin registered in 1997 and 1998.

The new Nano is taller and thinner, the new Touch is sleeker and cheaper, and Steve Jobs (yes, he was there) looked peppy, if still a bit thin. In other words, Apple's "Let's Rock" event went down pretty much as expected—and frankly, it was a bit of a letdown.Tech observers and analysts had warned that today's iPod-focused Apple event might be something of dud, short of a breathtaking "One More Thing"-type announcement. Well, this time, there was no big surprise at the end—unless you call a pair of acoustic songs by live performer Jack Johnson a big surprise.

Instead, we pretty much got what the rumor-mongers said we would: A new, tall-and-thin Nano (similar to the first two Nano models), a cheaper and slightly-tweaked version of the Touch, and a new 120GB Classic. iTunes got updated—yes, with a new song recommendation feature, dubbed Genius—and a new iPhone firmware update (with a slew of fixes) is set to arrive.

But if you were hoping for, say, a new Apple TV, new MacBooks or MacBook Pros, or a new touchscreen MacBook—well, sorry Charlie. Didn't happen.

What was notable, however, was that Steve Jobs looked (by all accounts, at least) relatively healthy. A big title card reading "The reports of my death are greatly exaggerated" appeared before Jobs bounded on the stage, and Gizmodo reports that the Apple CEO looked "skinny, but energetic." That should calm any investors spooked by Jobs' gaunt appearance during June's iPhone launch, not to mention the obit that accidentally hit the wires a couple of weeks ago.

Anyway, on with the details …

iPod Nano
Now tall and thin rather than short and squat, the fourth-gen Nano is "the thinnest iPod we've ever made," according to Jobs. Boasting an aluminum oval-shaped case and a curved glass screen, the new Nano now boasts an "enhanced UI" (for example, you can push and hold the Menu button to get a pop-up menu), along with an accelerometer that'll let you flip through albums via Cover Flow when you turn the player sideways. Want to shuffle your tunes? Just shake your Nano—nice. Available later this week in five colors (including blue, purple, orange, green, and pink); $149 for the 8GB version (a $50 price drop from last year), $199 for the 16GB model.

iPod Classic
As expected, not a lot to report here. The big news is that the thicker of the two iPod Classics—the 160GB model—has been discontinued—and the thinner, 80GB model has been upgraded to 120GB (for $249). Other than that, no new features, and the form factor looks exactly the same.

Creating a new form of life

A team of biologists and chemists is closing in on bringing non-living matter to life.

It's not as Frankensteinian as it sounds. Instead, a lab led by

A billboard showing a baby's face and the words "Abortion: The Ultimate Child Abuse" was vandalized in the style of Batman: The Dark Knight villain the Joker.

The baby was made up to look like the arch-villain from the recent Batman film, with black spray paint circling the eyes and red duct tape stretched across the mouth in imitation of Joker's signature grotesque smile. Under the pro-life message was spray-painted the Joker's famous line from the new movie: "Why so serious?"


According to Pro-Life Corner, the duct tape has been removed, but attempts to remove the paint damaged the underlying image. Stephenson County Right to Life, the organization behind the advertisement, will need $400 to replace the sign -- a large sum for a small group, says Chris Clukey, the group's spokesperson.

The Joker-themed criminal act is not the first of its type, as other areas have reported similar incidents since the release of the box-office smash hit Batman: The Dark Knight, which features the paint-smeared Joker as the paragon of amoral abandon.


Two weeks ago, the Associated Press reported the arrest of two 18-year-old men in Virginia who scattered terrorist threats on Joker cards.

David Goyer Says He Knows The Theme For ‘Batman 3’

Whether you agree or not, judging from both fan reaction and near universal critical acclaim,
3 Comments

Turns out Bigfoot was just a rubber suit. Two researchers on a quest to prove the existence of Bigfoot say that the carcass encased in a block of ice — handed over to them for an undisclosed sum by two men who claimed to have found it — was slowly thawed out, and discovered to be a rubber gorilla outfit.

The revelation comes just days after a much ballyhooed news conference was held in California to proclaim that the remains of the creature found in the North Georgia mountains was the legendary man-ape.

A judge has denied a Warner Bros. motion to dismiss
3 Comments

A Texas school district will let teachers bring guns to class this fall, the district's superintendent said on Friday, in what experts said appeared to be a first in the United States.


The board of the small rural Harrold Independent School District unanimously approved the plan and parents have not objected, said the district's superintendent, David Thweatt.

School experts backed Thweatt's claim that Harrold, a system of about 110 students 150 miles northwest of Fort Worth, may be the first to let teachers bring guns to the classroom.

Thweatt said it is a matter of safety.

"We have a lock-down situation, we have cameras, but the question we had to answer is, 'What if somebody gets in? What are we going to do?" he said. "It's just common sense."

Teachers who wish to bring guns will have to be certified to carry a concealed handgun in Texas and get crisis training and permission from school officials, he said.

Recent school shootings in the United States have prompted some calls for school officials to allow students and teachers to carry legally concealed weapons into classrooms.

The U.S. Congress once barred guns at schools nationwide, but the U.S. Supreme Court struck the law down, although state and local communities could adopt their own laws. Texas bars guns at schools without the school's permission.