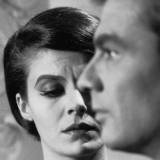 I won't post a link or anything because I don't want to use this post as publicity and the text I wrote is in french anyway. This is just rambling about what it means to be a critic for me.

I've been a movie critic for quite a while now. It is not my official job, since it does not pay enough, but I write a lot of articles for three websites and one magazine, some better known than others. I'm probably the kind of critic that a bunch of people hate. I love what some might call "pretentious" movies and what-not, even if I do enjoy more "mainstream" films.

A while ago, one of my chief editor asked to the writers if we were interested to write about videogames. I'm the only one that was ready to do it since I was the more knowledgeable of the bunch. So we decided to make a small videogame section on the website and that I would write a bunch of pieces for it.

The first one was published today. It is about Kentucky Route Zero.

As I said, I'm into the artsy kind of stuff. I don't write my reviews to help people make their mind about buying a game or not. They're more a small and highly subjective analysis of the game (or movie), something that can help to create a conversation about a game. I think it is like the first step in game theory. While the theory that will come later will be obviously more in-dept and complex, reviews (the kind that I try to write) help paving the way to that.

That's my take on it.

I don't plan to become a full-time game journalist (it would be better than my current job, though) but I do enjoy writing about games. That said, I think it's easier to have your own personnality in game-coverage in french (where there is not as much videogame websites) than in english.

We'll see how it'll work out.

Are any of you journalists too or looking to become one? What is your take on game coverage? What do you think make for an interesting article?