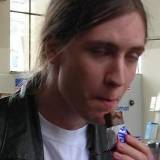 I've had high expectations for this album, especially after the sublime Kong in Concert project. DKC2 has arguably the best video game soundtrack of all time, so it's always been interesting to see what they could make of it.

After the first listen, I was fairly pleased with what I heard. It's not as solid as Kong in Concert, there's a lot more weak tracks, but the amount of awesome tracks definitely make up for it. My biggest problem with OCR remixes in general is how far a lot of remixers stray from the source material. I don't at all mind experiments and stylistical transfers, but to me the best remixes are true to the original composition with a modernized instrumental interpretation. Especially for a project like this, where the included remixes sort of become the "definite" interpretations, it feels important that slow songs remain slow, and dramatic songs remain dramatic. I don't wish to specify, but some remixes are too unrecognizable to really impress. On the opposite, Roller Disco and Rhumba Rumble are perhaps the best remixes in regards of staying true to the original while adding a remixed flavor, but a lot of other tracks still manage to keep a dignified relation to their original despite some pretty bold changes, perhaps most notably the remixes with vocals.

Some of my personal favorites in the album include A New Place, This Chase Is Haunted, Backwards Room, Trapped in the Minds, Dance of the Zinger, Pickin' Out the Fleas and naturally Wise, Kirkhope and Beanland's contribution of Re-Skewed.  Overall, I'm very impressed with their end result, the album in general is a very justified tribute to DKC2's magnificent soundtrack, even if a few tracks accomplish this somewhat less than others. Most importantly, the whole thing is a really nice listen on a purely musical level, no tracks are too tragic to be enjoyable.