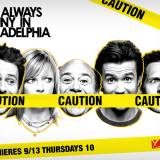 My review of the Dark Knight.

The Dark Knight, as you all know, is the new Batman movie with Christian Bale, Heath Ledger, Gary Oldman, Michael Caine and Morgan Freeman. After all the hype this film got I admit my expectations were pretty high, and the film met my expectations...mostly. Heath Ledger of course was as great as I heard he was, though not my favorite villian. The film was pretty consistant acting wise, though Maggie Ghellenhal does have a weird face that I feel like hitting when I see it on screen, also she was pretty medicore in that film. The only slightly major downside to the film was how it worked two face into the plot. I didn't totally believe Harvey Dent's transformation from nice guy fighting crime, to evil villian. It seemed a bit too contrived and convenient. The rest of the film however was excellent with some great action scenes and some good humor from the Joker. I do wish they didn't show the Scarecrow for once tiny scene at the start though, the guy who plays Scarecrow is one of my favorite actors around and to see him reduced to a cameo role when he can do so much better was a bit embarresing. He seemed thrown in just to make people go "Oh yeah I remember him!"

Don't hate me because I didn't give it a 5. Also what Robert Downey Jr. said about the dark knight is perfectly justified, I can totally see what he is saying about the film. Just because his opinion doesnt conform to everyone elses, does not mean he is Jealous of the Dark Knight's success or that he is back on drugs as some have so cleverly said.