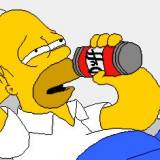 I like to think of myself as generally sensible and for the most part patient. The majority of games I buy are usually a couple of months down the road from the release date when the price has come down. I usually have a backlog of games to play so this is never really an issue.

However this is the first time in my long and illustrious gaming life where I do not have a backlog of games, going back to the release of Skyrim. I did not pre-order Skyrim, but I did buy it on the launch date and put a good 30 hours into it. It was enjoyable, but my interest waned as I one-hit killed everything and took out two Strongholds without having to heal myself. So right now it's on ebay for a second time thanks to a non-payment from the original winner.

Back to the point though, right now I am less compelled to play a lot of the games that have been released within the last year to the point where I just haven't bought anything. As such, there is no backlog of games. My friends keep trying to get me to play MW3, which I have no interest in. I tried to get into FFXIII and couldn't do it. I will eventually get Dark Souls, but when it comes down in price. All of this has lead to me working through my modest backlog, revisiting some classics (Chrono Trigger), and purging games that I will never tough again.

I am excited for KoA:R enough so that I have pre-ordered it, but have done so at bestbuy.ca, so I will have to wait a couple of days after the release before it comes in. I am patient enough to wait a couple of days, at least I keep telling myself this to justify the $10 in RZ points. I hoping that KoA:R can keep me interested longer than Skyrim did so that the upcoming 2012 releases will slowly drop in price.

It is my goal this year to keep my backlog at the store and not on my shelf, and it starts with my pre-order of KoA:R. Then as the price drops for Dark Souls, Bioshock Infinite, South Park, Tomb Raider, an maybe others, I can pick them up one at a time.