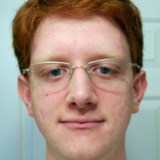 I can't remember if I ever played Starcraft or Worms Armageddon online. The first game I remember playing online any significant amount was X-Wing vs. Tie Fighter. Coincidentally, it was also my first guild.

Halo 3. A wholly satisfying ending to the trilogy that even left room to continue (at least in the Legendary ending).

@gjedwards: I doubt it as then it would defeat the branding of "Better with Kinect."

@Metal_Mills: Well, presuming that all of the characters are bugged the same way, this was likely a test-case/proof-of-concept, and the rest will get fixed next round. However, it's highly likely that they're not all bugged in precisely the same way, which would explain why only one of them is getting fixed right now.

@CaptainCody: Here's my thing. In my limited experience, "advice" from experienced players boils down to incomprehensible (to a noobie like myself) jargon couched in rage. Now clearly, that's a real risk and consequence to PUGs (which I now know the meaning of), but I also got a shitty (as in sarcastic and douchey vs. incorrect or incomprehensible) response to asking about the viability of specific rest-area from a member of a Giant Bomb guild. That's why I started this thread; for how good the GB community is, it isn't perfect.

Especially in a game like SWTOR, which is largely solo-able, it is irresponsible to expect players know ANY terminology, unless that knowledge is dished out by the game itself. And with PUGs having such a high opportunity for hostility, it's entirely possible for people, who then avoid group instances, to get to end content and not know anything. I LFG'd within group chat for just about every Heroic/Flashpoint I've gotten. Unless there happens to be people who are keeping precisely the same pace as me, there aren't always going to be guild-members to play with.

This hasn't been endemic of my entire time playing SWTOR but just today I had two instances that I think warrant discussion. Maybe I'm wrong, but I don't think it's crazy to say that SWTOR is many people's first real MMO experience. Perhaps cut those people some slack when they ask dumb/noobie questions. Also, don't assume people know the terminology you're using. I was doing Hammer Station and two people got into a fight over Channeling, and I still don't even know what it means, just that both people fighting were sure the other person didn't know what it meant, either.

I typically follow Trickle-down Crononomics. If it's something I can use, the best items go to me.

@jorbear: ...and blocked on copyright grounds. I COULD'VE MADE MONEY!