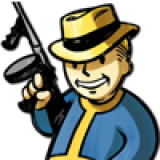 The new site is great so far. Sad to leave GAF after a decade of calling it home, but lots of good people have made the jump to ResetEra. Hope to see more of you GB peeps on there once they re-open registration.

@lionheart1982: It’s useful right now with all the GAF communities splintering off to random corners of the web. I’ve found Destiny-GAF, NBA-GAF and the Nintendo discords. Still a ton of sub-communities I’ve yet to find or hear from though =[

Hopefully the new site is up in the near future before things get too splintered.

I’m gonna miss NeoGAF so much. So many amazing sub-communities full of cool people and useful info. And there was one for almost anything. Sports, anime, blu-rays, retro games, sneakers, art prints, etc...been my online home for the past 8 years.

But it sounds like there are former mods and some other people working on a new forum. Hopefully that takes off. Seen people talking about it on the Destiny-GAF discord server.

Dan really helped revitalize Giant Bomb for me after Ryan's passing / Vinny moving. Hopefully this is just some weird joke...

Such a great idea. Ryan would have loved it.

For the rest of my life, Tuesdays will never be quite as good.

RIP Ryan. You and the rest of the Giant Bomb crew have helped me through some tough times these past 5 years. Can't even begin to fathom the number of hours I've spent enjoying content from you guys. Hell, the Bombcast alone has been a bright spot in my weekly routine for ages now, thanks in large part to your talent as a host. And then there's the countless hilarious quick looks, the Big Live Live Shows, the various livestreams that you hosted. Giant Bomb, and games media in general, will never be the same.

Thank you for all of the good times. Words can't describe how much you'll be missed.

This is a little surprising considering I played almost all my console games on 360 this gen and didn't get much use out of my PS3, but I'm most likely going to pick up a PS4 sometime around launch and skip the XBone for the foreseeable future.

I'll get an XBone eventually, just because I don't like missing out on neat exclusives from any console (and I love Halo!) but really nothing of what Microsoft is saying about their system has me very excited. Whereas PS4 is sounding incredibly promising.

And it's not even about used games. I've never bought a used game so I couldn't care less about that, it's more about the general...message for lack of a better term. Sony just seems to be interested in harboring a varied lineup of games. Not just AAA big titles, but also indies and more midlevel games. There's already been a number of smaller devs talking about how much more inviting the PS4 is. And I guess self publishing is going to be a big deal on PS4, the lack of which being a huge problem this gen and why so many devs stuck with Steam only for their smaller titles.

So yeah, all in all, PS4 definitely has my interest piqued. Pre-orders are sold out at the moment on Amazon so I'm not sure if I'll be able to snag one right at launch, but I'll definitely be trying to get one this year.

Aesthetically it's a big improvement over the current iOS I think. Haven't really delved into the details other than that, though.