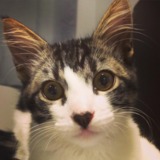 I love Devolver so damn much. This was AMAZING. Thank you so much for sharing this. But you should probably share the link to the original video in their Youtube account. This video is a re-post. Give them the views.

Since games are mostly interactive and long form and trailers aren't, is there a way to find a good balance when making a game trailer that can excite people without bullshitting them?

I can't think of one single exemple of a game trailer that does that.

What do you guys think?

I'm excited to see the coverage and the memes. The announcements not so much, but that's because I primarily play indie PC games. So, of all conferences, the only one that could really interest me is Devolver's.

Also, since I might at some point buy a switch, I'd like to see a new and improved Mario Maker.

Anything with John Drake and/or Dave Lang

Hey, guys, I want to start a small Fantasy Football style league where we pick 5 indie games weekly on steam and compete to win points based on how well the games do.

The idea isn't originally mine. It's based on this Gamasutra article.

I can't really handle many people since I'll be doing it all manually in a google spreadsheet.

So, How does it work?

Also, if you know programming and are interested in helping me out with things to automate the scoring process that would be great.

@szlifier: Oh, yeah, I knew about that part. It seems the problem is lack of propper tagging in the main site. Thanks, though.

Is there a way to look for and filter podcasts? I can't seem to be able to do it.

I believe we are working to shift to an entirely new search provider in the months after E3. And, yes, it has been...less than great for a long time. Doing "searchterm site:giantbomb.com" in Google will often get you where you need to go if you're not searching from inside the WYSIWYG.

Boy, That seems like it's going to be a LOT of work, it's not a small site. Good luck, man.

As much as I prefer Scorpio, because, let's face it, it's fucking rad (like most code names) I think it'll be something lame and focus group tested.

I don't think it'll be Pro because of the PS4. Elite is a good bet, but, I don't know, the word can have a bad connotation. Naming something you want to be very popular "Elite" seems a bad move to me.

I was thinking XBOX Next, but that fails to convey that it's only a half-step.

Numbering seems a bad move, because the ONE didn't do so well and it would be like "Hey, we failed. Here's the sequel!". Same goes for naming it "XBOX One *Something*"

A good idea posted was:

And this is just funny.