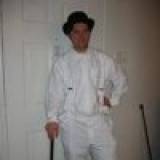 We have a couple of F2P people in our guild. I think being in a good/friendly/active guild can make or break the game for a lot of people. We always have plenty of people to either help out with questions/quests, level with, donate crafting mats/gear, etc.

I'm on Jedi Covenant and play Republic side.

So, why do people bother coming to the SWTOR forum threads if they don't like the game? Just leave it to those who enjoy the game and would like to discuss it. Also, yeah, there may be occasional bugs that are going to be in any game this size but nothing game-breaking that I've experienced since launch and nothing widespread or egregious.

Expansion is not just 5 more levels.

-New weekly and daily missions for >50

In general with 2.0 update

I'm sure I missed something but there is a lot of content as part of ROTHC expansion.

Hmm, I don't have that problem but I know the sensitivity is different between mice I use (i.e. cheapy mouse vs Razer mouse). I thought I remember seeing in-game options on mouse look speed but I may be wrong. I'll try to remember to take a look tonight and update.

I've been playing since launch myself but moved 03/2012 from a PvP (Bondar Crystal) server to a PvE (Canderous Ordo) server. I found a great Republic Guild on the PvE server that actively raids 4 times a week but doesn't have hardcore Ops attendance requirements (there is typically never a shortage to run a 16-man or 2x8-man Ops). If anybody is interested you can PM me.

I pre-ordered back in December I think and have been loving it. You get a ton of extra content for just that $10. There is a ton of new end-game dailies/weeklies, so much so that you don't/can't run the same boring things every day. Plus they added new mechanics to dailies (seeker droid and macrobinoculars) that tie into additional mounts and vanity gear you can unlock.

So, unlike apparently so many other gamers I don't have the time or stamina to blaze through games in a single evening/sitting. I have to play through my games in small spurts in my evenings after the wife and kid are asleep. I decided to pre-order my copy of Bioshock Infinite on PC along with the Season Pass so I got some in-game bonuses but I didn't know when I was supposed to see them or find them in-game. Yesterday I visited the "Steam Community" area and found some threads with my same concerns/questions but no solution. So, when I visited the "Steam Community" again today to see what the latest was on the DLC bonuses not showing up in-game I was unfortunately greeted to a huge text spoiler at the top of the page. So, be warned if you haven't finished the game and have the urge to browse the "Steam Community" section for a solution/update to an issue you are having.

They could really use some spoiler tag code there to avoid this crap.

@ben_h: well, for me I couldn't play D3 but once in the first week (in the middle of the day), could only randomly connect for almost a month, and lost all sorts of progress with disconnects so I don't know how much "better" it was than this.

I think some people have been wearing rose-colored glasses with respect to how horrible the D3 launch went and at least EA/Maxis is owning up to this and offering a free game unlike Blizzard who seemed to blame it on too many people buying their precious game and provided zero compensation of any form.

I guess I'm the only one around here (at least on the top of the comments) that isn't crazy about the new site layout. Reminds me too much of every other gaming news/review site.