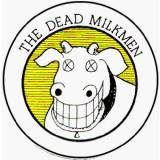 This year was my first time at any PAX event. It fell over my spring break, I live in Boston, and it seemed to all work out. For the most part it did. I was able to take the train in or drive if I wanted to, so I had options, and I didn’t need to pay for a hotel.

Well, Thursday night I had a ticket to go see Heavy Metal and to go to the Rock Band night. Heavy Metal was a weird, but funny-because-it’s-bad movie. Awesome. Well, the rock band night was also awesome. I ended up doing a song (Police Truck by the Dead Kennedys) I sang, got some random dudes together for a band, and the guy dressed as a unicorn was great. I’ll say this: His chest hair was described as “Vignocchi-esque” We didn’t win anything except the t-shirts which were too small for me, but whatever. That was awesome. Also, I was able to direct Ryan Davis to the bathroom. HIGHLIGHT OF MY NIGHT!

PAX Day 1 was pretty good. A couple of my friends came with me on that day, though not on the other two because they ordered passes too late. We did a first pass over the whole expo floor, and played a couple games of Fluxx. I decided to do that since I had a friend demoing that. Immediately after that, we went and waited two hours for the Darkness 2.

Waiting in line was a little bit of a bummer, and made me not want to wait in any more over the weekend. The game seemed pretty cool, with a few exceptions. The game play and story played pretty well. The story is the same guys, but the game play was different. The way the darkness whip worked seemed different, the fact that you could only keep two guns on you at any point was different, and the auto aim. You could slash the darkness arm vertically or horizontally this time which didn’t seem to change much. Two guns certainly changes how you choose what weapons you’ll keep on you, and which dual wield well with the other weapon you have. Third, and what I saw as the biggest change, was the auto aim. It was a major mechanic of the first game. If you were aiming near something like a light, it would give you a very generous assist and bring you to it. This made shooting lights out a lot easier. This wasn’t the case in the demo for the second game, which seemed a little frustrating.

The gripes I had with the game were mostly cinematic. Cut scenes and limited interactivity are two common pieces of video games that have started to bore me as of late. Specifically, in the beginning, your character is walking into his favorite restaurant, being treated like the mob boss that he is. You don’t control him, but you can control his head, and only minimally. This angered me a little. If you’re going to allow me to move my head at all, why not a significant amount? Also, directly after this scene, there is an explosion and your legs are busted. You’re getting dragged around by a friend while you’re shooting enemies. While it’s a relatively quick scene, it had some issues. You weren’t able to die it seemed. I was still in a cut scene as far as I was concerned. Also, your shooting aim was slowed which made it hard to shoot guys. It seemed every time I was about to aim at them, I would be dragged away and wouldn’t get the chance. Eventually you get darkness powers and he helps you walk. Enter tutorial.

After that, I went and played Bastion which I had heard about on the Whiskey Media Happy Hour, and the idle thumbs GDC podcasts. Being fans of these two groups, of course I wanted to try it. It didn’t disappoint. The most impressive part of the demo was the narrator. It changes dynamically depending on what you do, and it doesn’t repeat any of its lines. It also looks great, and plays well.

After Bastion, I went to a Magic: the Gathering panel. It was mostly boring, but there were a couple of spoilers, and they announced a new Duel of the Planeswalkers game. Nothing really to mention there.

I played Fluxx for a while more after that, and then went to the console freeplay section until 8. My friends were playing Halo: ODST for some reason on firefight. My friends are a little weird.

Then comes the highlight of my night: the Giant Bomb panel. I have no problem waiting an hour and a half to two hours for this panel (which I did.) When we stepped in, there was a live band performing with John Drake at the drums. They were just jamming until the show started at which point they played the intro to the bombcast. They also played the break music at one point as well. And for comedic effect throughout the night, John Drake popped in with some rimshots that were pretty well timed.  Also, one thing I almost forgot to mention was that when the giant bomb crew asked if anyone had gone to see the darkness 2, I was the only one who raised my hand in the whole room. I felt cool. Or just dumb for waiting two hours.

Well, that was my day 1 at PAX. It was pretty awesome, I must say, and maybe my best night just because of the Giant Bomb panel. If I’m feeling up to it, I may write one of these for days 2 and 3. Thanks for reading!