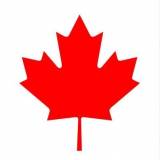 The month of May is upon us and that means it time for preparations for the month-long Indianapolis 500. This year's event is looking to be very promising. So many different storylines to follow and it looks possible that it could be anyone's race. The Indy 500 is considered one of the three most prestigious events in auto racing. (Although, I think it has waned in past years, see my blog series entitled "The Sad State of Motorsports in America").

This year, as many as 5 women will have the chance of qualifying for the historic race. They are Danica Patrick, Sarah Fisher, Ana Beatriz, Simona De Silvestro and Milka Duno (unlikely). Paul Tracy will return again to try and claim his first Indy 500 win after the controversial 2002 race and he has been training the past several months in preparation. Helio Castroneves has the chance to become one of the few 4 time winners of the race. But, he has to hold off his Penske teammates, Ryan Briscoe and Will Power, as well as the Ganassi duo of Franchitti and Dixon. Qualifying starts in two weeks time and the race will be on Memorial Day weekend on the 30th. Of course I'm not expecting a 1992 race, but it should be entertaining nonetheless.

Who do you guys think will be winners?
Personally I think it will be like this:
Most Likely Winner: Any Penske or Ganassi driver.
Who I would like to win: Paul Tracy
Darkhorse winner: Alex Tagliani

"The Greatest Spectacle In Racing"