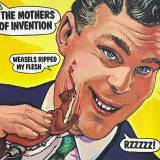 One of the most original and effective uses of atmosphere and mood in any game, with what is probably my favorite ending of all time. An important game too for its oft-noted "arthouse" appeal.

I had to beg my cash-strapped parents to buy me a Turbografx-16 when it came out, so I knew I wasn't going to be getting a Genesis or SNES for some time. Didn't matter, I loved my Turbografx, and I was perfectly happy with it and my still viable NES. That was until I caught wind through a copy of EGM that a Castlevania game was coming out for the TG but wasn't going to be released outside Japan! My decision to not wait for the Genesis or SNES suddenly began to look ill-advised, especially considering that Castlevania games had come out for both of those systems. Fuck me! Long story short, I went through some horrendous bullshit to acquire an import copy of this game at an extortionist price, and had to then borrow the CD-rom attachment from my cousin in Atlanta to play it. Up to that point in my life, the most hoops I'd ever jumped through to play a fucking game, but it only made the first playthrough that much more satisfying. It's stuck with me ever since. The last of the truly great "pure" Castlevania games, before they got injected with Nintendo's Metroid serum.

The most mind-blowing of all the early NES hardcore action titles. The graphics were fucking spectacular for the time, and the music--well let's just say my cellphone is littered with ringtones from all stages of the game. The gameplay is airtight, and the selectable level design and upgrades were so fresh at the time. This one never gets old.

It's hard to convey how ahead of its time this game was when it came out, especially in terms of presentation. I'd played Dragon Warrior, which I liked, and dabbled in Final Fantasy. But this thing, it had everything: a cool space setting, an involving narrative that went beyond generic archetypes and the standard save the princess shit, jaw-dropping graphics and sound, rich, vibrant character and art design, and bitchin 3D dungeons. A real masterpiece. It's just a shame the franchise wasn't able to ultimately keep pace with its RPG brethren.

I had to put a shooter up here somewhere, and it came down to this or Goldeneye for me. Ultimately this won out, mostly for the fact that I don't think Goldeneye has held up quite as well over the years, and because this is the game that basically blew open online shooters as we now know them. Pretty big deal. Even though Doom would probably have more historical weight as a trendsetter, this is the one that caused me and all my friends to convene for hours a day in my living room, warming our hands over the video fire.

Minimal narrative, no voice acting, odd shooter mechanics. A lot of people look at these qualities as faults, but every one of them is an integral part of what builds the experience and atmosphere of what is, to me, the greatest action adventure game ever made. All that's not there is what creates the gloomy, majesticl sense of isolation on the planet Talon, which in turn feeds the need to explore, not for side quests or berries to pick, but to just make it to the next awesome section. Voice acting would have just ruined the vibe, and a thick narrative would have taken me out this imaginative, ruined world. It's a game of few vital components, but they come together with absolute perfection. As Pascal famously said, "I would have written you a shorter letter, but I didn't have the time." In this case, less is a whole lot more.

To this day, this is the only RPG I have ever beaten, then within minutes, sat down and loaded back up for run #2. Bioware's choose-your-own-adventure, light side/ dark side gimmick worked so well within the context of gaming, it's become infused into the modern adventure/RPG genre. But as much as I loved Jade Empire, Mass Effect, and Dragon Age, no Bioware game has been able to draw me in like KoToR. And that's simply because the choices were so much fun. Vacillating between deliciously evil sith lord malice and Zen-like Jedi ascendency, you really felt the weight of each choice. Similar to how the latter Star Wars pics got bogged down in rote political detail, so have the more recent Bioware games tried too hard to be "grown up"--to seemingly prove that a game can be more than just a game, abandoning the wild fun of KoToR's stark morality choices for pompous attempts at subtle social commentary that just come up stale. KoToR was proof that a game just being a game is OK, especially when it's this goddamn good.

OK, this one needs a little explanation. 3 as a whole is not the greatest fighting game ever made; it isn't even the greatest Mortal Kombat game. But through a number of codes and tweaks, 3 can be transformed into the greatest 2D competitive fighter I have ever played, and probably the game that has sucked more hours from my life than any other. If you're unfamiliar with it, there are a number of codes that you can put in at the select screen that allow various changes to be made to the gameplay. Specifically, If you turn on fast uppercut recovery and unlimited run and turn off the timer, the result is the most insane, combo-intensive 2D fighter imaginable. It's not like Street Fighter's hyper fighting, which speeds up the whole thing to pure silliness. We're talking control and speed, precision and fluidity. It may be one of gaming's greatest accidents, and maybe I wouldn't put it up there if I were a professional critic. But I'm not, so here it is. (Note, this does not translate to the Genesis/Mega Drive version, as the controller, even the 6 button, isn't suited to the same type of gameplay. SNES only).

I would doubt the integrity of any serious attempt at a top ten list that doesn't include a Mario game, so critical they have been to the course of gaming. However, given the flack Nintendo gets from the community these days (somewhat rightly so), I wouldn't be surprised if he's all but disappeared from many gamers' minds. That's a shame, because besides the graphics, very little of this game, as is true for most Mario titles, really dates at all. Timeless. That's what Mario is. The old adage of moments to learn, lifetime to master has never been truer in the world of gaming. It's easy for gamers today to dismiss how revolutionary just the jump mechanics were in early Mario games. Nobody else could get it quite right! This spot is really reserved for the series as a whole; trying to pick my favorite Mario game is like living out Sophie's Choice. 3 it is. No wait. Super Mario World. No, Mario World 2. What about the original SMB? Can't forget the OG. Maybe even Galaxy, that was some dope shit. Aw fuck it, I'll just leave it at 3.

Similar to the Mario spot, this one is a bit of a toss up. Sure, I could make a top ten list comprised of nothing but Zelda and Mario games, and it would probably hold water. But what fun is that? In keeping with fairness and a duty to make a comprehensive, non-repetitive list, I'm only allowing one iteration of any franchise here. So my top franchise is Zelda. And my top Zelda is Majora's Mask. Undoubtedly, the classic critics' choice is Ocarina of Time, and deservedly so. But Majora has something so special, so undefinable, you can't really pin it down. The haunting, mystical opening scene, the unnerving and bizarre Happy Mask Shop owner (whose cutscenes are told with these wonderful, weird jump cuts), the ever looming apocalypse of the falling moon, the seemingly aloof, starry denizens of Clock Town, the sad, dissonant music--all of these parts and more exude a focused style and direction that really says something, as opposed to just looking cool. There's a real world in here, an entire backstory. I don't need it spelled it out for me in mechanical fetch quests, repetitive monologues, or stuffy, long-winded lore books. It's here, in every detail of every corner of the game, told in a way that only a game can. The roomsplitter in this game is undoubtedly the repeating 3 day time limit that can sometimes paint you into a corner and force you to lose small amounts of progress (usually just rupees and bombs or arrows) or backtrack to a dungeon you were stopped short of beating. But as with all works of greatness, this game asks something of you. It's not a free ride, but the rewards are copious. The 3 day limit presses your mind to manage what's going on, and makes a delightful puzzle out of everyday occurrences. It also lends a sense of urgency to the doomed world of Termina, which is appropriate considering that the fucking moon is falling closer to killing everything with each passing hour. Yes, Majora's Mask is different. Yes it is strange. But it is also inexhaustibly original and heartfelt, not as a piece of drama or polemic, but as a labor of creative love. It's my favorite game of all time by a length.

Obviously some near and dear titles had to go to the slab for me to fill out my list, so here's a few that I really struggled over: