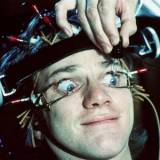 It's the Fall gaming rush and I'm not buying anything.

In certain social circles (ie: this place), the annual rush of games released at this time of year causes many to rush out and buy basically every single game we have the slightest desire for. Of course, I too used to be one of those people. But that was back when I was 17 with a part-time job and a shitload of disposable income I should have put towards College.

Enter 2008. I'm 22 with a full-time job and zero disposable income (which I can't put towards College... yeeeesh).

But it's not all bad! Again, I was one of those people who spent a shitload of my money to the collecting of said video games, and although I'm missing out on titles such as Rock Band 2, Fallout 3, Gears of War 2, and so-on and so-forth, I still have a whole pile of other games I can play through!

So long suckers. I'm off to play Final Fantasy VI and Super Mario Galaxy. Because I'm cool like that.

Whoa. I haven't been here in a while.

Hey, my PS3 fund finally has some money in the bank.

So, earlier today, I won this. Pretty awesome, right? Right. It's a Samsung L200 Digi camera, for those hating links.

The street value on that puppy is about $120. Just gots to be careful of any undercover popo roaming the hood...

My car was stolen.

I'm maturing in years. At least one thing is maturing...

When I'm sitting at home, being lazy and such while watching TV, I tend to play some PSP which I bought all the way back when it first came out for some reason. Because I want to actually pay some attention to the television, I tend to spend most of the time playing sports games for a variety of reasons. These reasons are as follows:

1. I don't need to own multiple televisions to play Dynasty Mode while watching the news.
2. Stories are hard to follow when there's generally a more engaging one on the television.
3. The long loading times of sports games give me an opportunity to pay closer attention to what's on TV.
3. I'm allowed to pay more attention to my precious Simpsons re-runs instead of my players frantically hitting each other on-screen.
5. The PSP has preeeeeetty colors.

These reasons are all good, but unfortunately, its led me to the conclusion that I'm terribly addicted to piss-poor sports titles.

Because help me, there's nothing that should be enduring about a bastardized version of NHL 2007 from its console brethren. I mean, this is a game that won critical acclaim as a 360 title, yet remains indistinguishable from NHL 2004 (and believe me, I own that one too). NBA Live 07 is just ridiculously outdated as well. Gretzky NHL was reeeally bad. And Madden still sucks...

On the plus side, MLB '06: The Show was pretty good (boy, I sure need to get updated on my sports)

How can Mario be a plumber?

On account of the plumber finally showing up today to fix my leaky toilet, it got me thinking when the last time we saw Mario "plumb" was. He's been known to dabble in carpentry, golf, medicine, tennis, racing, and partying (among other things), but I have never seen Mario as a plumber... ever. And no, dropping down pipes doesn't exactly count.

Yeah, Mario sounds like a homeless man to me.

I've stumbled upon Giant Bomb, which is good. I come from Gamespot, formerly known as CanadianEh. That was then, this is now. I use fuzzay everywhere these days, so fuzzay I remain. Most excellent.

Blogs Created:
8 blogs
Most Commented blog:
How can Mario be a plumber?
Total Comments on blogs:
24 comments