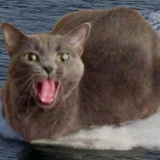 I reached lvl 80 in Guild Wars, and know nothing about it.

About a month before Guild Wars 2 was released a friend of mine said that he was picking it up and planning on playing with a few friends. This is usually a deciding factor in how I choose to purchase many games so I started poking around to see if it would be up my alley. I'm no stranger to MMOs and had given up on SWTOR earlier this year largely because the group I was playing with had conflicting schedules or had moved on to other games. GW certainly enticed me with no monthly fees, strong art design, and a well designed website explaining the classes and races.

I decided to give the game a go and committed to a Norn thief since you could lay out some dual pistols and the Norn options let me build a character design I really liked. I hit level 80 on Oct. 31st by literally running across the level 80 map. I can't tell you what it was called or what kinds of things I encountered exactly, and that is ultimately the problem.

This is the first time I have ever reached max level in an MMO, as I always want to taste all the options of the available classes then give into the fatigue and tedium of low-mid level grinds. I sampled each part of the gameplay and enjoyed all of it but never really felt the need to engage with anything past what was happening directly in front of me. If I spent a couple evenings playing WvW I found that I had leveled out of the current zone I was in and often the proceeding zone as well. This led me to skip whole swaths of content giving me the feeling that I was skipping chapters of a book. I became so lost that simply gave up trying to keep track of any real story elements and just cherry picked the best gameplay options in the moment.

So there I was on Halloween during the day grinding out the holiday dungeon because it was quick, exciting, and had some nice loot at the bottom. After a while I noticed I had edged halfway to 80! I didn't have time to run dungeons for another few hours, so I just fast traveled to the highest level zone I could and took off. About half an hour later I'd slopped my way to the top, looked around and asked myself "Really?", chuckled, and logged off.

I haven't logged back onto Guild Wars since really, I know there's lots to explore and content to find but I doubt I could tell you what it is. It's a new and interesting problem, the ease with which you can engage also means that you will never drill deeply into the content.

Blogs Created:
1 blog
Most Commented blog:
I reached lvl 80 in Guild Wars, and know nothing about it.
Total Comments on blogs:
5 comments