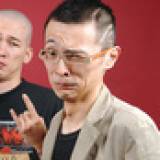 Simon's Quest is dumped on by many Castlevania fans, while some have begun championing it as far ahead of its time. Is this a confused mess from the Bronze Age of video games, or a brilliant forerunner to Dark Souls? Without an incompetent localisation in the way, the answer might become clearer.

If you can bear with my personal reminiscence for a moment, the first game ever gifted to me was the NES cartridge of Castlevania II. The family had collectively opened an NES with Super Mario/Duck Hunt, augmented with a copy of Ice Hockey. Then, at the extended family gathering, a cool uncle decided I needed something more manly. A game about a cool dude in armor who takes a big whip to Dracula.

It took a very long time to beat this cartridge. Thanks to Nintendo Power tips or schoolyard intelligence gathering I knew about the infamous "crouch for tornado" secret, but that wasn't the big thing that tripped me up. Somehow my mind always assumed that right after the tornado drops you off that you could only go LEFT. If you turned back to the right I thought it'd be the backside of the mountain. So I'd always go left, complete the last two mansions, keep going left like Alex almost made Vinny do in Vinnyvania, and eventually drop from a high ledge into the dead-end RIGHTMOST edge of the game world. SOMEHOW TRANSYLVANIA ENCOMPASSES THE ENTIRE GLOBE and you can loop around it.

So I'd intermittently play this game for over a year, re-exploring seemingly every little nook of the game world hoping to find Dracula's Castle. One day I was in a friend's house and they had a very early issue of Nintendo Power that had that badass Simon's Quest decapitation cover.

The very first page of their 14 pages of "Gory Details" had a chintzy drawn map of Transylvania. My grade school mind finally put it together that I could also go right after being dropped off by the tornado. I beat Dracula the very next day.

Yet something about Simon's Quest always haunts me. A couple somethings, actually. First, that it has three endings and I could never do a run that gets the "best" ending. Second, we all know the English translation is bad so WHAT THE FUCK were the villagers and hidden "hints" ACTUALLY TRYING TO SAY? Halloween month is an excellent month to revisit this game, through the lens of a loving fan translation.

Castlevania II: Retranslation goes way beyond editing the text. The creators added the ability to properly save your game, with fifteen(!) save slots. Pressing SELECT brings up an 8-bit conversion of that Nintendo Power map, showing your current location and even zone names as you move your little cursor around. A relatively lengthy prelude of text and animations now act out the story that previously only existed in the instruction book. This replaces the "Step into the shadows of the hell house..." text screen of the original. Admittedly, it is awkward that the whole sequence remains silent.

Flirting with sacrilege for the sake of convenience, the text crawls about the morning banishing the horrible night and vice versa have been... banished. Now the day/night transitions happen speedily without interrupting your control of Simon. The pause screen now allows you to switch between all versions of the whip that you have purchased. It's rare that anyone would choose to temporarily downgrade their whip, but bear in mind that in the original release buying a whip permanently replaces your current one, even if inferior.

So what about that new translation? I'm no expert in the nuances of Japanese, but the text FEELS about right now. Legend had it that many NPC's in the Famicom version would prod you on with snickering half-truths, a la Dark Souls. Translation errors within the NES release devolved this dialogue into totally incoherent bullshit. Retranslation seems to recapture that intention in what the villagers and hidden hint books tell you. Early on, the dialogue actually seems TOO helpful, but some trust must be established before the "Heh. Heh. Heh." can creep in.

I've played this game so much that I am a terrible test case, but I honestly believe this game is now complete-able without resorting to a GameFaq. Discovering hint books with your Holy Water now yields some useful information. Which brings me to one more technical addition not yet mentioned. The Pause Menu now features a clue book browser, where you can re-read any of the thirteen hints that you have already discovered. This adds an optional collectible component to the game. I confess I only picked up five of the thirteen this time around.

So those are the changes. It's finally time to address the game design of Castlevania II. With many of the annoyances removed, that baroque, sadistic Dark Souls brilliance DOES start to shine through. This is a mysterious yet rewarding game world to bang your head against. While you have infinite "Continue"s, there are other ways that every moment carries the tension of risk vs. reward. Enemies may drop hearts that function as currency to buy some crucial upgrades. If the enemy is hard enough, your experience will tick upward towards eventual health bar increases. Whenever you die you get to start from the last solid block of ground you were on. BUT every time you burn through three lives and use a Continue, hearts and experience go back to zero. If you didn't buy that important whip upgrade before you got sloppy, it's back to the grind. By the way, in-game days are passing and decide which ending you get, so heart-farming gets weighed against that factor too.

Because video game logic is a wondrous thing, the in-game time freezes for all interior environments. So I did all my farming in mansions. This made the runs from completed mansions to towns very tense affairs, carrying a mother lode of precious hearts and trying to avoid Game Over with woefully under-powered gear. Making the run during the night is tense because enemies take twice as many hits. Making the run during the day is even more tense, because if you are not moving fast enough night will fall right before you can enter that shop that you desperately needed to reach. This game is tense, tense, tense.

The one place that tension is lacking is the boss fights. Comparing Simon's Quest's bosses to Dark Souls is where the comparisons fall apart. There are very few bosses in Castlevania II, they are very easy, and they are mostly optional! There is the Grim Reaper who you can stun lock with a certain sub weapon... or you can just walk past him. Killing him just gives you another sub weapon that is mostly just useful if you feel like fighting the second boss. That is a floating mask thing called Laruba that you could stun lock the hell out of with the weapon that Death dropped... or you could waltz past it too. These two bosses will just pop back up in their respective rooms every time, whether you've beaten them or not, to remind you of the futility of it all. The only boss you have to fight to complete the game is (SPOILER!) Dracula. Pro tip: spam the same sub weapon that worked on Death, and you can kill Dracula before he even has a chance to MOVE. Really. That's the final boss fight.

This blog has spent a lot of words without mentioning the game's soundtrack. I think it freaking rips. Konami's composers were killing it in the late 80's with shredding, victorious, 8-bit speed metal.

My twin desires in this playthrough were at odds with each other. Soaking up the new dialogue, while rushing to beat the game under the par time. With some cursing and a lot of resetting, I satisfied both goals. For those playing for the first time, I recommend an exploratory first play-through that ignores the clock followed by a nail-biting speed run. Without spoiling too much, this game definitely smacks you in the face with some tragedy on a normal play-through. Replayability through negative reinforcement...

Be forewarned that even with a cleaner translation, none of the three ending texts are particularly revelatory. There weren't staff writers back in that era, stories were hastily tossed together by programmers or janitors (just like Destiny).

If you are familiar with, or willing to learn the dark art of IPS patching, Castlevania II: Retranslation is the way to experience this game in the 21st century. With some of the rough edges smoothed out, its innovations in open world exploration and character improvement can be better appreciated.