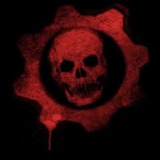 On the account that im exhausted, ill give you guys a few quick updates on my gaming life.

Soul Calibur 4- Stuck on Uber Airhead still, starting the last column of people for story mode, have like 27 achievements or so.

Bionic Commando Rearmed- Heading into Area 9 I believe, my last upgrade was the shin guards i do believe.

Castle Crashers-Purchased this morning, played a few levels, hope to play with somebody tomorrow. Thanks for reccomending it Trey!

The Simpsons Game-I rented it, and I beat it in 2 days. The short review 3/5 stars.

Guitar Hero 2 - Swapped The Simpsons game for this after beating it. Currently on the 3rd tier, playing on expert. So far so good.

Got a 360/Finally Giantbomb gave something 1 star

What Am I Playing This Weekend?

Hopefully next weekend ill be playing SCIV with my new 360.
5 Comments

Similiar to Din5193's idea, heres a playlist of some tunes I dug up in my grand playlist.
This one wont autoplay itself, but the one in the About me section will.
Tried limiting it to 2 songs per artist, so enjoy perhaps!
7 Comments

Having another problem, I harvested 74 fresh screenshots for Mega Man X, and I went to go submit them. I noticed a few things.

When i check my pending submissions, a decent portion of the pictures i submitted arent even there to begin with, this troubles me so.

Do these labels matter? Because all of my pictures were supposed to be put for Mega Man X screenshots on the Mega man X page, is that where they are still going?

And the pictures that have magically disappeared, are they seriously gone or am I getting punk'd.

Ahh Rejected.
What a hword.

I just got hella rejected on a bunch of submissions, no they werent garbage,
the main reason i think is because theyve been pending for about 5 or 6 days.
Yeah do the math.

Oh and LAWL
Im getting called a bad editor because of my edits. Like my Pokemon Red/Blue description that I made was much better then the blank void of what was there.
Of course this submission had epic pending, and before they bothered looking at mine, they looked at one that was sent much later then mine. Granted it was better, but its still not fair mine got pushed aside (along with numerous outher submissions of mine) for somebody elses.

So the person who looked at mine finally, didnt bother looking at the time I sent it in, but only saw that it wasnt as big as the previous one. So he said the reason it wasnt picked was because (he interpreted) I removed a bunch of information from the one there (the one submitted after mine). Very well done mod.

So I guess you can call me gameshark5,
garbage editor.
Good day.

Hooray :D
A few of my submissions finally got through, a lot of them were the added concepts to games, as well as some items to characters like Dante.

Maybe its just me

I cant seem to read or leave comments on blogs, reviews, or anything, so dont take offense to me not leaving comments
Apologies and such

Im gameshark5, you may rememeber me from such gaming websites like Gamespot.com!
If this be a correct fact of knowledge, then howdy! Feel free to add me, or comment and such.

See you on the flip side