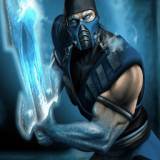 The F1 just finished the race around Suzuka in Japan. The race was quite good. It started off with the vigrin of Lucas di Grassi crashing before the race even started. When the race started. The Renault of Vitaly Petrov and Nico Hulkenberg crashed right when the race started, causing the Renault to crash into the wall. When they reached the first corner. The Ferrari of Massa cut the corner, driving over the grass and slamming into Vitantonio Liuzzi's Force India. Which brought the safety car out on track - Robert Kubica's Renault managed to lose a wheel while following the safety car around.

After the restart, both Red Bulls dominated and ended up getting a 1, 2 result.
Final Race results: