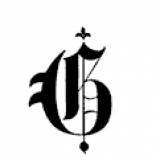 More a space to place this list for future recollection, as it is highly subject to change. Here listed are my favourite music albums released since 1973, at least from the albums I have heard and still remember. The list was conceived as a result of the current survey at Mark Prindle's record review site. If one is interested, a simple click here will suffice.

Now for the list, in no particularly order except alphabetical;


The list strikes me rather odd in all honesty, especially as AC/DC of all bands appears to occupy the most spots of any musical act with six. Intriguing.  Highly subject to change in the future, I would imagine.

Another Year Rolls On

Slightly late likely, but a message to wish a happy new year to whoever (or perhaps... whatever!?)  stumbles upon this particular blog. Perhaps 2009 will provide an improvement on 2008, or at least, one would hope for such. Within a video game angle, it should be intriguing to observe how the industry ventures from here, especially in the current economic environment...

Society as a whole will prove quite intriguing with the various developments.

The Search Officially Has Ended...

Well, the individual I mentioned previously before has been found, or at least his body anyway. A great deal of details are still dwelling in the confines of the unknown, for likely a variety of reasons really.

Reports indicate he suffered some form of chest trauma which lead to his end. The police have made public statements that he likely fell from a tree, why he would venture up said tree in the first place remains ambiguous, although possibilities do exist.

The actual body was found between the 4th and 5th lines of Oro, north east of Barrie Ontario.

A time frame is being currently compiled, as further investigation is required.

How will events proceed from here? Hmmm...

A Search for a Person

Ah, my first blog post on Giant Bomb, perhaps a historic moment which will be fondly remembered for generations to come? Actually, this blog post is based around a unique event than anything else. Although I generally prefer to avoid such events for various reasons... I still seem to have acted otherwise this time around.

So I suppose, the question of the day (however unlikely)  is;

Has anyone seen this guy?

And now, to lighten the mood I give you...

Blogs Created:
4 blogs
Most Commented blog:
A Search for a Person
Total Comments on blogs:
4 comments