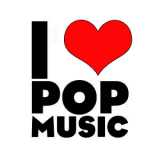 Why God Of War III Is Not As Familiar As They Claim...

(I'd firstly like to preface this blog post by saying this is not a reaction to Ryan's review of the game, I appreciate his opinion and think he gave the game an excellent score, despite disagreeing with some of his criticisms on a personal level).

I've seen some worrying comments on the forums. Presumably people who haven't played God Of War III yet pulling the ol' "God Of War in HD" comment. Nope, God Of War in HD was the God Of War Collection. Let's talk about why God Of War III is not as familiar as people claim, and also why the final iteration is the best in the franchise:

I Sat My Dad Down With God Of War III...

My Dad played about half of God Of War II. He loves video games but has a lot of difficulty with controls, namely the 3D aspect of games. He just can't get his head around operating the character movement with one stick and the camera with another. In essence - he banes the existence of the DualShock.

I recommended he play God Of War II a few years back now, simply because the game has a fixed camera and the combat is pretty accessible on lower difficulties. He really enjoyed the game but eventually gave up about 3/4s of the way through, the puzzles causing him trouble.

Despite giving up, he's maintained a lot of love for the franchise, quoting Kratos in normal speech and humming the tune. It's probably the only franchise aside from Shenmue and Zelda (he uses guides for both) that he has an active interest in. So naturally we were both very excited when my God Of War III review code arrived.

Having played through the first hour while he was at work, I decided he absolutely had to play the section. I mean, it's just bonkers amazing. So I put it on easy, reminded him of the controls and he sat down to watch the opening.

Now, if you've been reading this far you're probably going to be disappointed with the crux of my story, but here's the bit I've been building up to. At the start of God Of War III there's a brief story cut-scene before the camera pulls into the action, but what was hilarious was, my Dad sat there for a good 10 seconds. "Has it crashed?" he asked, expecting the next portion of cut-scene. I looked over at what he was doing and exclaimed "Move!" as a skeleton neared on his position, "This is in-game."

A testament to the quality of God Of War III, and next-generation visuals indeed, he had absolutely no idea that the camera had pulled out of a cut-scene and into gameplay. It reminded me of some portions in Uncharted 2, where I couldn't believe I was actually in the game, and thought I was still in a cut-scene.

Has anyone else found themself move the analogue stick and go "oooooh SHIT this is in-game!??", simply because the transition from cut-scene to gameplay has been so startling?

If my story was boring, then allow me to be the first to say, "cool story, bro."

A Homeless Eye Pet Was Left Stranded On My Door Step

Talk about a pleasant surprise. Well apart from that last boss, he was pretty shitty. But yeah, hello y'all. I beat Mini Ninjas yesterday and it's pretty darn lovely.

Mini Ninjas is essentially one of those strange type of games that nobody seems to care about at all. Perhaps it's because it's new IP, or cute and cuddly or just had bad marketing. I don't really know. I can say it bopped me on the head Itchy & Scratchy style though.

There's nothing particularly all that endearing about Mini Ninjas' gameplay. It falls under a number of cliches to be perfectly honest. There's basic platforming, basic combat, basic exploration. It doesn't really do anything badly, that's the type of game it is. Solid. But there are some lovely ideas that elevate it above that. Take protagonist Hiro's hat for instance -- it's not just a hat; it's a boat too. It's also a tobaggon. Simple, but charming, and Mini Ninjas is packed with stuff like that. It also does the thing that all kids entertainment should - be juvenile and simple on the surface, yet have many layers. Mini Ninjas is a bit like that.

But what most brings it to life are the graphics. They're beautiful. There are some surprisingly rough textures here and there, and the environments look a little flat, but get above that and what you have are some lovely environments. Most refreshingly, the game is extremely varied too, so while you might have only seen the lush plains from the demo, there's actually a lot more to Mini Ninja's design including a snow-top mountain and some film-noir elements.

In fact, despite being such an overlooked title, when trying to think up bad things about Mini Ninjas I can only rest on the dodgy QTE boss battles which are painfully simple.

It all goes to show really; you can release new IP, make a kiddy looking game and have it completely overlooked -- but it doesn't make it bad. Because honestly Mini Ninjas is rather good and certainly deserving of a trickle more attention.
10 Comments

I Got This Balloon, It's Kinda Rad.

Look What Sony Sent Me Today...

Sorry about the crappy webcam. I've never had a good camera. You get the idea though...


Please, I'd appreciate no questions on the game. I'm scared of breaking embargo. Thought this was worth showing you guys though. There's a missive pullout inside with an Abraham Lincoln quote and a render of the city scape too.

"Let's Drink & Get Drunk Because It's What We're Supposed To Do."

Growing up through high-school, one thing always managed to piss me off.

"Hello. I'm a teenager. Popular culture told me drinking was 'cool' so let's all go and get drunk. We don't really enjoy alcohol, we don't really know why we're bothering, but we're doing it because we're cool."

Let's be clear here - no one adheres to drinking 'rules'. That's cool. I haven't a problem with 16 year olds drinking - going by my own experience I was mature enough to drink then. If I wanted to.

I simply can't stand this culture that we should drink because we have to. Myself and a majority of my peers are closing in on 21 now, we've been legal drinkers for 3 years, and still they (read: not I) "get pissed" because they have to. We as a society of young adults must spend our childhood getting pissed because that's what our friends do. A lovely vicious circle unnoticed by those within it.

I never did. Great, let's all be a statistic because it's what we're supposed to do. It's what my friend does, it's what I have to do. I have to get pissed for the "lolz". It's so funny. I'm so cool.

I Have Absolutely No Work Ethic At All

It used to be that when I was in my earlier teens at school, I'd work damned hard. At the age of 16, we sit GCSE's here in the UK, they determine whether you get into college or sixth-form. They're not terribly important but, if you're going straight into employment after them then you're going to need a few good grades or whatnot - just to show you at least demonstrate basic skills. Anyway -- at that time of my life I worked really hard. I loved school, I loved achieving things and I knew exactly what I wanted in life. In terms of work ethic -- I wasn't a geek studying all the time but I got the job done and got good grades.

Moving into sixth form, my work ethic went down the pan. Two years of sitting doing nothing, never doing any work, and managing to pull good grades out of my ass without really trying for them. I'll never know how I got good grades in sixth form, but crisis averted -- I got into university.

And it's now that my lack of work ethic from those years is hurting me the most. I sit here typing this with a massive amount of programming to be handed in next month. I know I should be doing it, but whenever I hit a wall I don't have the patience for it. I don't have the patience for anything. I'm 20 years old, and I have absolutely no passion for anything anymore. I like playing games -- that's a cool hobby. I like listening to music -- that's a cool hobby. Other than that, I sit, vegetate, am unable to retain information and I'm generally unattached from everything. Why do I want to sit here and answer 58 questions of bollocks? I'm meant to be "learning" -- then why do I feel so left in the dark, unable to garner enough information to complete the tasks to an adequate level. I'm questioning myself -- is it because I didn't take the information in first-time it was told to me? And the answer is probably yes.

But the point is this. I sit here knowing how lucky I am, a degree a few years down the line, and yet, even then, even when I know I can't get a job in the real-world, EVEN THEN, I have no desire AT ALL to do even the minute amount of work that's been issued to me to get a bare minimum pass.

Growing up has been unkind to me, and I'm one of the "well off" ones. I pray for energy all the time, but I just get more tired.

As a parody of classic kung fu movies, Rag Doll Kung Fu nails the ridiculous nature of the timeless cinema genre. However as a video game, it’s severely let down by iffy controls.

What’s It All About?

Originally developed for the PC by Mark Healey, the co-founder of Media Molecule, Rag Doll Kung Fu is a parody of classic kung fu movies. The game is a simple arena based beat ‘em up, akin to Nintendo’s Super Smash Bros., where up to four players select an action-figure protagonist and battle it out on a purposely cliche stage.

Rag Doll Kung Fu has a competitive four-player multiplayer mode and a challenge section. Player’s achievements are rewarded with body parts which can be used to create new characters (and yes, Sackboy is in there).

The Godfather II on Playstation 3 Review

By mixing just about every video game genre imaginable, The Godfather II achieves its overall aim by making you feel like the head of a mafia family. While the general gameplay can be too easy, when you take the experience as the sum of its parts, it’s fun regardless.

What’s It All About?

Obviously taking license from the incredibly successful 1974 movie, The Godfather II is the follow-up video game to 2006’s mixed success sandbox adventure. Deviating sacrilegiously (but necessarily) from some areas of the original movie’s plot, you play as Dominic, a soldier under the previous game’s protagonist Aldo Trapani. After a brief encounter in Cuba, Aldo is killed by rebels, leaving you as the new Don of New York. It’s not all parties and fireworks though, as New York has been influenced by the Carmine family. It’s up to you to win back your turf.

The Godfather II has a full online multiplayer component which we will cover in more detail as soon as we’ve spent more time with it.