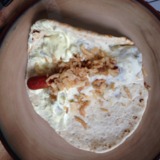 I thought about doing an extensive post on why Giantbomb is the only videogame website worth a damn anymore, but I'm feeling pretty lazy this afternoon. Hence, I'll just mention one little thing on a mountain of things that bugs me about the quality of writing on some of these sites. Andy Chalk, writer for The Escapist, wrote this little gem yesterday "  Interplay President Eric Caen has ratcheted up the rhetoric a couple of notches by declaring that if push comes to shove, Interplay will just take its Fallout ball and go home."

Aren't there any writers left who won't use three goddamned cliches in one sentence? Ratcheting implies only one direction, for instance, but most people will just use it to mean movement at all. Is the rhetoric permanently on the up? Can Pete Hines not diffuse the situation, only make snarky or defensive claims from this point on? Then there's the ol' chestnut "if push comes to shove." God, I love that people use this all the time. I mean, it's not like there's a million other alternatives to convey the same idea. How about "declaring that if fucked with" or "declaring 'oh no you di'int!" Lastly, the writer compares Interplay to a spoiled child. I'll admit, this last line made me chuckle a bit just because it's a funny mental image. What does a Fallout ball look like anyway? Still, its effect is diminished by the rest of the egregiously limp sentence containing it.

The article is filled with other hackneyed bullshit, despite it's brevity  http://www.escapistmagazine.com/news/view/107161-Interplay-Claims-It-Could-Take-Back-Fallout Look guys, I know it's just a dumb little article about videogames; hardly worth a mention. I just hate to see good writing space gone to waste. Shit, maybe I'm just jealous.

The longer it takes for you to get the Xbox slim in stock, the more time my brain will have to realize I don't need one. Please stop jerking me around and buy more fucking Xboxes. That is all.

Edit: If one more person mentions Best Buy I'm gonna have an aneurysm. Gamestop buys your old Xbox, Best Buy does not. I don't see why you all have such a hard-on for Best Buy anyway, the last time I went there to buy some memory for my PC the guy behind the counter didn't even know what I was talking about. They're just as corporate, just as shady, and just as indifferent to their customers as Gamestop is.

Gamestop is offering up pre-orders now for Kinect, priced at $149.99, which corroborates the pre-E3 rumors. First, I'm wondering if this is a speculated price on Gamestop's side, since they have been known to do such things. Second, is Microsoft fucking kidding?! Unless it comes bundled with a full-featured piece of software, 150 dollars is a terrible value for something most people aren't even sold on yet. Gamers seem disinterested, and the lay consumer doesn't even know what the fuck Kinect is yet. If Microsoft was smart, they'd rely on buzz from the early-adopters, and those early-adopters are gonna have some serious qualms shelling out 150 dollars for a freakin' eye toy. Why not buy a wii for 200 dollars instead? That's a game console, with wii sports (or whatever, Mario Galaxy probably) and you already know about it from the incredible PR. This Christmas, Nintendo is going to mop the floor with Sony and Microsoft AGAIN unless Sony can pull some serious magic out of it's ass by that time. This is not how you salvage a win this year Microsoft, this will be remembered as the time you fucked it all up by blowing your wad on an over-priced, under-functioning (But I suppose the jury's still out on that one) piece of hardware that no one bought.

Edit: I am a goddamned fool. Touche Microsoft.