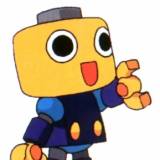 Want an easy S-Rank? Then buy Eversion on Steam

So yesterday i S-ranked a game for the first time in my life, that game was Eversion. Originally a freeware game Eversion was released on Steam with new graphics and obviously achievements, the game itself is pretty damn cool, it starts out as a colorful platformer and descent into pure madness, it's great. Eversion's achievements can be unlocked in under 3 hour so it's the perfect game to S-rank, for 5 bucks i think that's a great deal. So if anyone is interested go buy Eversion on Steam right now!

Finally finished the Lend Me Your Ears quest set

I hated that set because it's hard finding stuff worth writing about, at least for me. I'm glad that's over.

Song of the day: It Could By Sweet by Portishead

A really sweet song (no pun intented) by Portishead from their very first album, kinda of slow and kinda of sad, i really like it.

Listen to It Could Be Sweet here.

Hey i made a guide!

It's an achievement guide for Plants VS Zombies, i do not think it's properly formatted but i still kinda like it. Hopefully someone out there will put it to good use, check it here.

Song of the day: Just for now by Imogen Heap

A beautiful christmas song by Imogen Heap from her album "Speak For Yourself", it really is a beautiful song i like it a lot.

Listen to Just for now here

Getting the Towering wisdom achievement in Plants Vs Zombies

So i today i got the Towering wisdom achievement in Plants Vs Zombies, that requires you to grow  the tree of wisdom to 100ft which is a pretty tall order because it requires large amount of money. If you were play the game normally it would take forever but there's is a small exploit that you can do involving the mini game Last Stand, here's a video that show you how to do that. Also by now you should have fully grown plants in your zen garden that you can sell for 8000 a piece,that should help a little.
Hopefully what i wrote helps someone achieve the Towering wisdom achievement because that one was real hard one, be prepared to spend hours grinding for money.

Song of the day: Grounds for Divorce by Elbow

This song was featured on a Left 4 Dead trailer which is how i first knew about Elbow, anyway this song has a great beat and it pumps me up.

Listen to Grounds for Divorce here

Song of the day: Reckoner by Radiohead

This is a beautiful even tough i have no idea what's about, In Rainbows is a great, great album.

Tought i wonder how many people will pick it up considering there's a free alternative in the just released Alien Swarm...oh wait Impact is on the top of the top sellers charts on Steam, nevermind then.