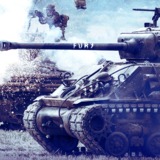 @kcin: Perhaps I should've used scarequotes, as I meant the term sarcastically. We've got virtually nothing to form an opinion on, leading to pure speculation in this.

Most people feel that "IGN must be right, good riddance etc" which is fine, in as far as they're entitled to their own belief of the situation.

In my case, I'm always willing to entertain the notion that a company will throw a someone under the bus, not because it's right but because it's convenient.

And no, I don't implicitly trust victims. I feel it's an attitude extremely open to abuse and manipulation but we won't get into that any deeper here. I don't wanna get banned like the guy above

Can't say I'm convinced based on the very shaky evidence presented, but I guess letting companies run roughshod over people's careers over it is perfectly okay. Guilty until proven innocent!

Yeah I'm kinda bummed by how boring new Dan is compared to Dan classic, explains why the thread's been dead of like over a year though

It's not as good as the original for several key reasons (too long, not as strong thematically, weaker characters) but I still think it's a very good film, up there for best of last year with Dunkirk and Thor3 imo

I'm also not particularly a fan of Villneuve's style but whatever he did, I ended up liking it a whole lot more than Arrival (the only other film of his I've seen)

This movie's going to be a cult classic for sure, because I really doubt it did so well in the box office

It's the best one, especially from the position of a (fellow) Star Trek fan.

2 is mechanically somewhat better but the characters, world, and especially plot all suffer in turn. It's debatable whether or not I'd replay it, while I've finished ME1 three times.

Can't say if 3 is worth it because I never bothered picking it up.

40%, only because I read/watch a lot of nonfiction in my free time.

I think the quality's kinda slipped in the past year. It would have to get better before I started giving them money again, let alone more money for a new tier of service.

@zevvion: As I said earlier, I don't want to drag this out. There are plenty of people already in this thread who are willing to debate these and other points in greater detail. But you do seem to be calling out my points specifically, so I'll bite a bit:

First, I'd argue the prequels aren't really divisive. There is absolutely a consensus on these entries, and it's directly attributable to the fact that they're just not good movies. Consensus doesn't mean everybody, it means a meaningful majority. You can point to exceptions if you like, but then again I can find entire websites devoted to telling us the Earth is still flat. There are pointlessly contrarian communities everywhere which don't prove anything about the substantive truths they oppose.

Anyway, this is just my perspective here. I see something inherently soulless in taking a flawed, but undeniably great, initial series of films and turning them into design-by-committee annual blockbusters with so little added value in mythos or vision. Transformers does this to a T, and very few serious film critics would (or should) defend those. I feel like I have to hold this franchise to a higher standard, even when it's pretty clear we aren't going to get there under Disney.

The originals felt like a real creative work by a well-supported artist; it was fun, yes of course, but it was unique and truly original in that it represented the vision, the strengths and flaws, of its director. This is what really give it enduring power compared to a ton of other vapid culture from the period. A really good friend of mine was in his twenties when he saw the original in '77 and the sequels in '80 and '83; he could tell right away, explaining in half as many words but with twice as much emotion, that these new movies just don't capture any of that.

Wishing to see something even close to the craft and originality of the old trilogy is the only view I can keep in good conscience here; unfortunately, that was always the crushing challenge in making additional Star Wars movies. It's a justified but almost unfair standard to be held to. Star Wars isn't just a blockbuster film; it's the blockbuster that lasted because it really was so much more.

And there's a sizeable gap between #4 (Rogue One, a pretty decent war story) and #5 (The Force Awakens, or, the '77 film but for millennials)

As an aside, I kinda love/dread the fact that eventually we'll be making the kind of absurdly large lists that James Bond fans have been making for ages. It gets nuts, trying to rank those

This movie is just a straight-up bad entry in the series. Almost none of the humor sticks. It is overlong, wasting tons of time on pointless subplots and flimsy characters. There are leaps of logic which are pretty egregious, and - at least to me - the film seems confused about the kind of message it wanted to really tell the audience.

Even Mark Hamill has dropped hints that he was unhappy with how they (mis)wrote Luke.

I'm not going to go over other issues here because this thread has already tread that ground, or undoubtedly will. Instead I'll leave this, because I agree with most of their points about TLJ (spoilers, obviously):

Don't get me wrong, here. I don't begrudge people for enjoying this movie, or others like it (Marvel films?). That said, it's pretty clear this is going to be even more divisive than Episode 7 or Rogue One, and that is not a good thing for the franchise. Maybe Lucas wasn't the problem after all