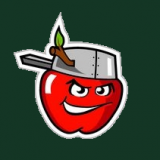 Ginger's update on Brink and some Woodz.

I did a little write up on what my favorite game of the year was so far, but now I want to talk about what I have been playing, and what is going on in the life of me.

I started playing   Brink  about a week ago. A guy came into my work and wanted to sell it. We don't do cash trades, right now anyway, so I bought it from him out of my own pocket. I got it for like $40 bucks so I got a pretty nice deal on a game that was pretty much three days old. Let me just say that Brink is a great game.... to play in short bursts. I played Brink for the most part an hour at a time if that really. It was like last Saturday, that I was like "alright, let's play this FOREVER!" and yeah.... I didn't care for it too much after that. I played it for about four hours, and after doing the same missions over and over again gets so repetitive  that I just didn't want to go on. I hardly got into matches with real people, most of them were bots. And I've repeatably been kicked out of matches or had them migrate. On multiple occasions I migrated hosts three times a match. I'm sure these are all fixable issues, and it sounds like   Splash Damage  is working hard to fix that, but shipping a game like that is not really acceptable.  And I'm sure there are people who haven't experienced these kind of problems but it kind of ruined my experience with the game. To counter all the negative comments, the game is fun when you're playing with some friends. While I was playing my four hour or so session, I played with a few friends and it helped make it bearable. And the upgrading and customizing your dude is great. I can honestly say that I had a badass looking dude at the end of my playing.

Brink is full of fantastic ideas. Full of ambition but not a lot of follow-through, and that's disappointing. While there are ideas like choosing if you want to be healed by a medic or not are cool ideas but with every good idea there is a bad one. Well, I shouldn't say bad idea, just bad execution.  To give an example, the story. I like what it was trying to do. I liked how it gave you the two sides, but making it a bot fest ruined it. I would have loved them to make the story completely different, like making it 100% offline, and take everything that was in the single player and make it online modes and maps. It would have made the single player better and making joining random matches online and not worry about getting put into random story events. Maybe in a few months once Splash Damage work things out and gets DLC and new maps out Brink could be awesome. And that's a big could.

Moving on to a game that I think is pretty good, let me ramble on about  Tiger Woods PGA Tour 12: The Masters. I've sucked a lot of hours into this game so far and I'm starting to think it's the best golf game since  2005. It's not better than the 2005 game but that's a completely different conversation. I'm by no means the best golfer even though I've put so many hours into it. I played some online tournaments, before and after PSN went down, and there were people posting -28 on a 18 hole course. Which to me blows my mind. If you're not familiar with how the online stuff works. You enter tournaments, which are sorted by difficulty or if you're playing with Move, and you play either a one day tournament or a full four day tournament. You are restricted to certain courses on whether or not you have the DLC downloaded, but I usually found rounds being played on the standard courses: Augusta, Sawgrass etc. One major problem I have with the game is something I just mentioned. The DLC. I really don't understand what made EA want to hold out the best courses for DLC. From a business stand point it makes sense, but to satisfy its customers it doesn't. I was borderline furious when you're holding out the my favorite courses, Oakmont CC and Torrey Pines are the first to come to mind, you are ruining my experience. While I might buy them once PSN Store comes back up, keeping your best courses off the main line up is unacceptable. 2010 had all the courses your keeping out. You obviously have the assets to put them in 2012, so why don't you? Not like you have to redesign all of these. I can see why Oakmont was left off since no tournament is being held there this year, but Torrey Pines had one. I'm sure I'm the only one really complaining about this. As an avid golf fan, this just isn't acceptable. And having console specific courses is ludicrous and dumb.

BUT, I did say I like this game and went on a unplanned rant. The Master's Moments are great and add a nice change in the regular career stuff. They are hard, but not so hard you want to give up and never play it again. They each have a very nice voice over on what went on down on that particular shot. Also, they have Tiger moments where you basically play a full four rounds as Tiger and relive his memorable moments at the Masters. I didn't really care too much for this mode. Maybe it's because I don't like the way Tiger moves in 2012, but I never felt I like was doing anything other than playing at Augusta in a standard mode. But I still think the career mode is the shining thing in the game. It has a nice World Ranking progression system. Even though Tiger Woods is still waaaaay up at #1. Where I've won every tournament that wasn't DLC only and I'm at #2 a good 300 points behind him, who hasn't won a tournament all year in the game. Alright.

I got into some Uncharted 2 multiplayer. Mostly thanks to GB's TNT. I went and rebought it from work and started playing it again, story mode and multiplayer. When it originally came out I didn't care for Uncharted 2 at all. I thought it was a good game, not a great game. Not sure what happened, but I played it this week and for some reason was blown away at how good it was. Not sure what happened. I don't see why I didn't like it, everything is clicking. But not to go back on a two year old game too much, I was impressed with the multiplayer. I haven't played all the modes, mostly just Team Deathmatch. One problem I am having with the game is my teammates keep killing me, and I'm pretty sure it's intentional. Not sure what the fuck they are doing but I almost quit due to it happening so much. Other than that, it was a positive experience and I look forward to replaying the single player to get ready for Uncharted 3.

Lastly, I picked up Darkness from work also. I never played it when it originally came around. I'm liking it so far, I'm trying to get use to mechanics it has. I keep using guns all the time forgetting I have giant monsters that eat hearts. That seems more effective than guns. I'm liking where the story is going. I haven't made it too far into the game so I can't talk about it too much. Just got down with watching the movie with your girlfriend. So, I'm guessing I have much more to do. Check back for a blog later on about what I think.

That's what I've been doing lately with games. Not too much activity on my part, I blame work. But feel free to drop a comment on anything I wrote, I'd love to hear your opinions on what I played and how you feel about them. (Also this is like my first forum topic post in months. You're reading history.)