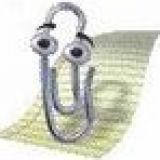 A star athlete who's full of shit?

Has the world gone topsy-turvy?!

My brother and i once rented NBA Jam: Tournament Edition on the Super NES. It was fun, but we couldn't win a single game against the a.i. We tried different things to give us an edge, like turning the goal tending penalty off so we could block every shot from under the basket, but we still kept getting our asses kicked. There was one game we started, and we were able to at least keep it close throughout the game, unlike the usual blowouts we suffered, so we knew we were on to something. I can't really describe the feeling during that time. There was this certain...energy in the air. This aura. It was like magic or something. But it was giving me the will to succeed. To perservere. To win.

It was at the end of the 4th quarter, we were tied with the a.i., less than 10 seconds left, and we had the ball. My brother hit a long 2 pointer to take the lead with 3 seconds left. In this game, the a.i. is programmed to shoot the ball from where they are standing if there are 3 seconds or less remaining in the quarter, and since that was the case here, the a.i. got the inbound underneath their own basket, so it was forced to do a full court shot. My brother and i started celebrating right then and there. We were jumping up and down, screaming, we may have had an awkward hug at one point. We finally won! I look back at the tv and see the ball still in mid-air, sailing towards our net.

We both said "fuck this game" and quit. And something i just realised is that i'm still pissed off about it. GOD DAMMIT.

That mother sounds like a real winner. But there's only one thing to do.

A series of childish pranks.

If we're talking about history, i would talk about games, platforms and people who made a significant impact on the industry.

I can pay most of my bills online, except the water bill. I still have to send those bastards a check every month.

Each XBLA game has a trial version you can download for free. It's basically a demo, and it's a great way to try out a game you're unsure of.

I do internet Tech Support. All I see is stupid. Ah here's one: One time a guy called in because a ghost stole his modem (or so he claimed). The cables were still there (ethernet, power, Phone cable) but the modem was gone. "It was either ghosts or the dogs, but I don't think the dog's can unplug the cables so I'm pretty sure it was the ghost" he said, unironically. True story.

This guy must have a chemical inbalance or something. Blaming a stolen modem on a ghost? That's not stupid, that's crazy!

In high school, a bomb threat was called in and the building was evacuated. We were outside for what seemed like an eternity. At least the weather was nice. Anyway, the threat turned out to be a hoax, there was no bomb. Within a few days, the culprit was found. A senior called in the fake bomb threat from a pay phone in the cafeteria during class hours. I don't remember how he was caught exactly, either they traced the call, or simply WATCHED THE SECURITY FOOTAGE OF HIM DOING IT. He was suspended and, though he could still graduate and receive his diploma, he was banned from the ceremony.

Another time in high school, i had just returned to school after spending two months recovering from major back surgery. One of my classes, english i think, had just finished reading Animal Farm, the George Orwell novel, and there would be a quiz on it after about a week. Each day leading up to it, class time was spent studying for that quiz, discussing parts of the book, like events, characters, etc. I was informed ahead of time that since i was not present during the reading of the book, i would not have to take the quiz, and it wouldn't be included in the gradebook. So, every day that week, every one else would talk about the book and, having nothing else to do, i listened in. The day of the quiz came. Again, i was informed that i didn't have to take the quiz. I didn't want to sit in the classroom doing nothing for an hour, so i asked if i could take the damned thing anyway. We came to a deal, i could take the quiz, and if i failed it, the score wouldn't go in the gradebook. So i took the quiz. I got the highest score in the class. I did better on it, without reading a single page, than all of my classmates, who read it cover to cover. What's worse, the quiz was easy! I didn't lack for confidence going into it, but given the circumstances, i figured SOMEBODY would do better than me.