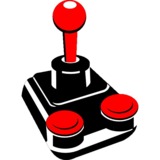 Today I upgraded to a new motherboard. Switching all components across went as smoothly as these things could. The problem was that once it was all together it wouldn't POST. It had power and the fans were going, so I tried swapping out the RAM.

Now here's the bit that I find weird. It won't POST with only my corsair sticks installed, but will with some value sticks I have spare. It will also POST with the value (in the primary slots) and the corsair sticks. I've tried every possible combination and this is the only one that works.

I know the corsair sticks aren't officially supported according to the website, but they should at least work at stock speeds right? Plus they work with the value ram installed as well!

I've tested the RAM and it came back without any problems, so I'm at a loss.

If anyone has solved this issue before or has some idea what is going on I'd appreciate the input.

Throw his swords back at him and when he gets dazed use your devil arm. I found this video that should show you what I'm on about.

[edit] looks like that guy playing ain't very good, but you get the idea.

I recently played through the game with my girlfriend and we chose to watch the each film first then play the game. The credits role after each 'in-game' movie so you know when to stop playing and begin the next film. As other posters have said there are a lot of jokes in the game that would make no sense without seeing the movie, also there are quite a few bits missed out.

I turn on v-sync through the nvidia control panel and turn it off in game and I've had no screen tearing at all. Running at a constant 60fps on an FX-8120 @3.8Ghz + EVGA SC GTX 660ti

Already pre-purchased on steam as a valentines gift from my girlfriend. I built my new PC for this game, so it was gonna be a day one purchase for me anyway.

Overclockershave been good for me in the past. I usually switch between them and Amazon, depending on which is cheaper.

The only way to 'Level Up' is to complete levels of the game. When you finish a level you are awarded 'Proud Souls', the number of which depends on how well you played in the level. If you keep re-playing that level you will only get more proud souls if you do better than you have before. The 'Red Souls' that you collect from enemies and various parts of the environment can only be used to by items, and these are pretty much worthless until you get onto the harder difficulties.

If you are after more health, then you could just keep replaying the early levels and buy blue orbs. This will take a very long time however and will be insanely dull.

Which boss are you having trouble with?

I started by playing it on the easiest difficulty, that way you get to know the enemy and boss attack routines. Then once you've completed it once, up the difficulty a level. Rinse and repeat. That way you have all the abilities for the harder difficulties.

If you're just playing games you don't really need any more than an quad core. I have an FX-8120 @3.8Ghz and it only uses more than 4 cores when doing video compression or other CPU intensive stuff. If I could go back I would probably just get a 4 core and put the money towards other things.

Also, make sure to update your BIOS before you take out your old CPU. Most AM3+ motherboards don't natively support FX series CPU's and need a BIOS update to support the latest chips.