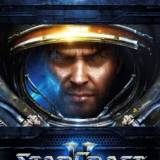 @Packie: Yeah, his look at Half-Life is amazing.

In my opinion, they make boring games(SC2/WOW) and shitty DRM(D3).

How is SC II boring, and have you actually played D3 or are you just hating on "big bad" corporations.

Blizzard is good in taking an idea and polishing it to perfection. I never ever expect anything original out of them though. A game like ... Portal/Portal 2 would never come out of that company.

I agree with you to an extent, specifically with games like WoW expansions, and D3, however, the single player in SC2 was incredibly groundbreaking for an RTS (IMO). The non-linnear mission structure. The concept of having an actual choice, the ability to interact with characters to expand the story, and the armory / lab upgrades. Those to me were very unique, stuff I've never seen in an RTS ever before. I didn't get that into WoW, because MMO's aren't my thing, but it was also pretty unique in the world of MMO games. No studio has really ever been able to top it. Maybe Star Wars ToR, but it's too soon to tell. You are right on about Portal / Portal 2 though. It would be way too risky for them. I will say though, if you had 3 amazing franchises (ie, Starcraft, Warcraft, and Diablo) would you really care about originality. You have no idea what I would do for a Warcraft 4 right now lol.

As I go around the internet looking at reviews of DIablo III, I am confronted with nothing but 5 stars, 9 points..etc,and clearly I think those of us who have played it can agree that the game is truly exceptional. As I was watching / reading the reviews, I began to wonder, what did other Blizzard games get, so I checked for WoW. All the WoW expansions have pretty much consistently gotten 9's and 5 stars on all websites. I then look at Starcraft II, same thing 9's and 5 stars. Warcraft III, same. Diablo II, same. Starcraft I same. Diablo I, same. It's just a testament to the company that looking over their history, you see a consistent trend of high quality polished, near perfect games, that are well received both critically and financially. Where do you think Blizzard ranks in terms of game developers (the Activision component aside)?

The gaming industry has risen to be so prosperous, moving billions of dollars, yet it maybe declining its health.

When a beloved franchise delivers a game, say Assassin's Creed, Diablo, Starcraft, Call of Duty, the flaws tend to be overlooked in showers of praise towards such games, raising them to the state of near perfection, nay, true perfection. When this happens the flaws are allowed to thrive and evolve within a righteous attitude of "this is the cost of perfection" or "this is the future", so while such characteristics may be hampering the experience, they get accepted and even become cherished by consumers. Example of this is the DRM requiring a constant connection to the internet.

This forgiving atitude leads to an industry that moves away from improving the experience provided by the product and instead focusing on sole profit. While people might be indulging and consider it normal, as "a company wants to improve its profit", the further they neglect the consumer experience the less appealing the industry becomes to the people who consume it. And this atitude is hurting the industry, and may dictate its decline.

I find this to be incredibly contradictory. Decline is defined as "To deteriorate gradually." how is the gaming industry detioriorating, as a result of Diablo III? It just broke the record for the fastest selling PC game ever. That says several things, certainly not a declining game industry. 1) The game is accessible to large numbers of players 2) People still care a lot about PC games., 3) The vast majority of people don't give a shit about DRM, 4) Blizzard makes great products because the games to previously hold the records are Starcraft II and WoW. You say they neglect the consumer experience, but how is that possible when nearly every reputable gaming website (Giantbomb, Gamespot, IGN, Gametrailers...etc) all have user and critic scores between 8.5-10 and 4.5 stars to 5 stars. Most people who have played the game, myself included feel that its better than its predecessors, and it's probably one of, if not the most addicting and enjoyable PC games I have ever played. If companies were really ruining the whole consumer experience, then why does it sell so much? You can't have increased profits with a crappy product, it doesn't make sense logically. I mean its Blizzard's property, they can do with it whatever they want. Blizzard didn't spend 6 years working on this game, only to relinquish their control of it, and watch it pirated extensively worldwide. No game is perfect (excluding Half Life 2), and it obviously had day 1 glitches, but you don't just play a game on day 1. Diablo III is a game I see myself playing until Diablo IV comes out, which may never happen, so all told, I could see myself playing Diablo III forever. If you don't like it, then don't buy the game, simple as that, but don't troll about it for no reason whatsoever.

Dude chill out. I'm honestly asking for you to elaborate on your opinion.

Lol...he still hasn't actually told us what games he is referring to lol. The only game in my opinion that is in the same league as Diablo is Trine, but they practically admit that they just knocked off Diablo II to tide people over until Diablo III. Anyways he's just trolling ignore him.

Wow. Normally when I hear the politicians yelling about a nuclear Iran being a terrible thing, I consistently underestimate their claims. It's things like this that really scare me about Iran getting a nuclear weapon. This is so unnecessary and just plain terrible.

I mean I liked the first Borderlands' gameplay, but the story did not do it for me. The only thing that I thought really separated it from the pack, was the cool visual style. However I think Rage will be a superior game especially after Alex's writeup of his 3 hours with it.

Ummm....the odds of Blizzard releasing DIII this year are the same as that of the government managing to balance the budget.

Force Unleashed and Mercs 2. Both of those games came out 1 month apart and had me shitting my self with dissappointment.

" @giyanks22:  Even if you literally love the game, you should not ignore the fact that they brazenly force you through the same five maps again and again and again and... If you like the game as it is, you would have liked it even more with a given variety of atmospheric locations, or wouldn't you? "

Good point, i guess i should've touched upon it more in the technial issues section. I was probably too busy overstressing the visual flaws that constantly occur, and didn't point that out, but that's an excellent point.

wha Also you're supposed to be reviewing the game, not reviewing the responses. Most of the review sounds like you overcorrecting in response to negative feedback. Not that it matters, but a real review doesn't factor in "haters" when reviewing the game because that has nothing to do with the game itself "

What is the wha for? I found combat tedious on the PC version, and at my friends house the combat was awkward on his PS3. And I see what you're saying about the response to haters, but I literally bought this the day after it came out, played it for 3-4 days and then wrote the review, I didn't read any other reviews until after I posted my own. GB hasn't even posted their review yet either. But I see what you're saying, and thanks for the feedback.
10 years ago