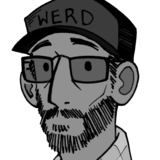 I think it's a mistake for progressive types to treat patriotism as something to be allergic to because it cedes ground to conservatism, giving them monopoly power over defining what patriotism can be, at least in public perception (where it matters most honestly). That said, the cutting short of the series is probably the closest form of expressing progressive patriotism, eg: skepticism (even outright rejection) of nationalism and American exceptionalism during a time when it is supremely unwarranted, like now.

So I guess while I agree with the end course of action, I wish the reason would have been more clear because it feels like assholes out there could easily spin it as some sort of victory in their culture war bullshit, and I don't want them to even have room for that notion.

My only problem with the Nier objectification thing is that it's stems from a social issue that plagues larger parts of Japanese media and culture, and to lay the responsibility of addressing that for western audiences entirely at Nier's feet is a bit unfair. It becomes a situation where all you do is point out problems but never offer solutions. At the same time it would be ethnocentric to be telling another culture what to do or how to address the problem. The situation gets rather complicated, and if you want to make it a strong point, you're going to have to come prepared to make it, instead of having it be the fly by argument that it was.

It's okay to have problems with it, but if it's going to be brought up, then it deserved to be framed in the larger context that it exists in. This however, would've derailed the conversation immensely. It makes the whole thing a bit of a catch-22, because everyone knows about the problem, therefore it did deserve to be brought up, just perhaps not so trivially. Now I'm going in circles.

@nightriff: She was right though. Science never lies.

I bet some people will think the allegations are asinine, but I don't give a toot, some people deserve to be pinched.

The Last Jedi - 7/10, verging on a 6/10. I didn't think the movie exceeded the sum of its parts, because the parts I didn't like were long enough and badly handled/written enough to actually lower my enjoyment on the whole thing.

I think it's going a step too far to call the movie straight up "Bad". My take away is that it's incredibly well made, but deeply flawed. I chalk this up largely to it being a deconstructive work about Star Wars, and deconstructive work that looks to subvert tropes and expectations will always have one major inherit weakness; that is, in order to subvert tropes, you have to dedicate part of your narrative to leaning into the tropes, or at least pointing them out, therefore the trope is still included, and for the deconstructive approach to truly be great, your art (in this case, storytelling) has to be well crafted enough to equal (or rise above*) the things it is criticizing, which I'm not sure it quite accomplishes.

*Where a work is expected to rise above, rather than just equal, I think depends on ones perspective of the work being critiqued, in this case, that work is Star Wars, so expectations are going be through the roof.

@sirpsychosexy: I actually feel like some of these are things Rian Johnson might have actually wanted to do, but Disney stepped in and was like "Nah man, too far."

People keep bringing up that this movie made a lot of bold choices, but I personally felt like they pulled back on what they could have done. Rey being nobody is fine, I actually liked that decision, but I felt like it would have been bolder to make her actually join Kylo when he offered; especially if this movie was aiming to hammer home the message of humans being prone to failure, nothing says failure like Rey giving in to the dark side. This would also give the trilogy a big narrative purpose going into the third film which I currently feel like it doesn't have. Aka, go into movie three without any Jedi's, completely devoid of hope, with the purpose of getting Rey back and whatnot. I realize writing this would be a huge challenge though.

I also thought it would've been better if they had let Finn actually sacrifice himself to try and stop the battering ram laser with his sacrifice ultimately not paying off, and only resulting in his death and the laser going off anyway. Even though I think this decision would've been more effective for the message they were going for, it might just be too dark an idea for Star Wars.

So yeah, I basically wanted this movie to end way darker than it did. Where people see boldness, I see wasted opportunity. Like, really fucking go for it if you're going to play with subverting the hero's journey shit so much, put your fucking foot down all the way man.

Oh, and I didn't like the cheeseball dialogue, but that's just something I never really cared about in Star Wars as a whole, so w/e, that's a series gripe.

These were fun to watch. Knowing nothing about Metal Gear outside watching Drew play, I would have been destroyed.