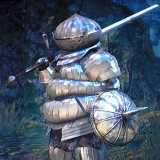 " @Felix:  Brad is the worst! He is the only one I don't like! Even in the Gamespot days I didn't like him, just boring and annoying. "

alot of ppl disagree with you there my friend... for me its between brad and vinny those guys are lads. but honestly i think all the crew are great, a perfect combination XD
11 years ago

#4  Edited By Goldenroad
@lancer75:
MATE, read my post at the top, i was commenting on the push on the PSP recently, im not saying i think its dead, the title is to spark debate, very happy tht you have your opinion,
but 1 --> jst because its your opinion doesnt mean its right
and 2 --> dont insult my thread when its a very inoffensive post, i just want to hear peoples opinions cos i know tht its a widely held opinion
so dont be a jackass
aprecciated x

@WinterSnowblind:
well i know its not stupid cos i know evryone i know has stopped playing halo to play other games, infact evryone i have ever tlked to about it have agreed with me, im not hating on halo im just saying that people are realising there are other games out there. obv alot of ppl play halo im not denying that, im just saying that there are nowhere near as many playing it as there were when it first came out. halo also sucked alot of fans in with 1 and 2 so there are alot of fanboys out there, which im gunna guess makes up a whole chunk of the support. by the sounds of it youre abit of a fanboy and so ofcourse you arent gunna let your pride slip and admit halo isnt as big atm as it once was (halo reach might be changing that however) i dont know where you got these figures from but considering the ganme sold about 10 million copies maybe abit less/ abit more, i highlyyy doubt 3 million of those are still playing it. i would like to be proven wrong tho so send a link please :) x

#6  Edited By Goldenroad
@WinterSnowblind:
yeah i know alot of ppl still play it, im not completely oblivious to tht hence the addition to my comment, but it just doesnt match up to the popularity of cod nymore, it used to be the biggest thing and now it just isnt, and im sorry but its not as popular as it ever was thts a completely stupid thing to say, halo 3 is far from its prime!! youre either high or a complete idiot if you cant recognise tht (sorry but when ppl say dumb stuff like tht just to fight their point it annoys me) of course more ppl are playing cod, for example (ik this is small scale before you say its irrelevant) ALL my friends used to play halo, now ALL of them play cod instead, cos it surpassed halo, and like none of them have played halo since, very few people have actually stuck with it.

halo reach might change tht and the reason more ppl have been logging into odst is to play the beta.  (sorry about the rambley-ness of all tht)
11 years ago

#7  Edited By Goldenroad
yeah atm its meaningless cos halo is no longer the biggest fps online game, its moved onto cod now, tho reach might change tht, 'halo revival' <-- might be slightly inappropriate as i know alot of ppl still play halo odst and even 3, just its nowhere near as popular anymore
11 years ago

#8  Edited By Goldenroad
this thread is so amazing! no idea the community was so arty, and the sketch of jeff has been used in some hilarious ways, you guys are my heroes XD!!!!!
11 years ago

okay i take back what i said about alan wake, after playing it at a mates house i found out tht its actually muchh better than it looks, i thought the shooting looked very awkward but its actually surprisingly natural, i agree with what brad said in his review about the lack of variety in the enemies, its just got such intense atmosphere and a great story XD

heres some i thought might come up more;
tony hawk RIDE--> i mean i wasnt expecting much as im not into tht whole peripheral gimmick, but i had some friends who were pretty psyched about it,
godfather 2--> shocking game in my opinion thought it had potential but fell flat,
james camerons avatar--> i mean obv its a movie tie in and so often they are so shoddily made but still sell, this one shifted tons of units but was still not a very good game, obv its the films appeal, i thought it could have done alot more with the title.
alien vs predator--> i love the films, they just got the game soo wrong, i mean they didnt make it fun, they made it boring and repetitive and it was just horrifically imbalanced
lost planet 2--> i think some people have already mentioned this, but with the scope of this game you have to expect it to be better.
Fracture--> interesting ideas, poorly implemented and terrible shooting
Lord of the rings conquest --> i mean its lord of the rings and when i heard it was gunna let you fight in the battles i was pumped for it, but it was just terrible.. :( LORD OF THE RINGS!!
Halo wars --> i knowww ppl mustt have said this, its halo and its straying from the formula its gunna be controversial, i personally was never that excited for this game, but ppl were
Dantes inferno--> i know ppl who loved it, but i thought it had so much wasted potential, it tried to be god of war and it didnt even come close to pulling it off in my opinion
Saw--> im not sadistic or nything.......... but i reeli wanted this to be good
Mirrors Edge--> such a creative and original idea, but it didnt work for me

ny thoughts on those? agree/ disagree?

#10  Edited By Goldenroad
alan wake anyone?? after so many years in the making you haveee to expect the game to be better ¬.¬
wud be interested to hear nyones predictions for disappointing games coming out in the future aswell, a big one for me i think is gunna be alpha protocol, and the new medal of honour and crackdown 2 (enjoyed the first one, tho it had its problems and i just feel the second one cant add much more tbh, tho i have been wrong before and hopefully it will follow in the tracks of just cause which i had similar feelings about)
11 years ago