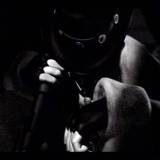 My patience and gaming.


Lately, to my surprise, I got a little bored of Devil Survivor when I got to the final day. One might ask:

Why aren't you pumped for the finale?

And I can surely answer:

I sure as fuck don't know.

I want to see the ending, but I got a little bored of playing the game. I will probably come back to it sometime, but not now. I think I also can't be bothered to go through all that final part, which I hear it's a long and dificult one. I'm not feeling like it.

SO, in the meantime, I got some games to play. I started Onimusha 2, again, because I almost consider myself a fan of the series, but never finished one single game from it. And I also never played Dawn of Dreams, which I would like to. I got a save from Onimusha 3 pretty far into the game (can't remember exactly where or how much), and got a little stuck with some time machine puzzles. Before I could look into some guide help, I also got bored. I really like Onimusha 2, and I once went also pretty far into the game, but I forgot where and why I stopped playing (disregard that, I got bored again).

ANYWAY, I got to the third or second fight with Gogandantess, the one that takes place right after I get to Oni Island. I got a little stuck in there. I tried three ti mes and Game Over'd those same three times. I got a little pissed and I put the game aside for a while.

Still haven't picked it up sice.

I then went to start playing No More Heroes. And I finally found a game that got me pumped till the end. I just finished it, couple of hours ago, and it's real ly awesome. The characters are just great, and the voice acting is (surprisingly I dare say) great, too. Visual style is also very fun, and regarding the gameplay it's a little simple and maybe even shallow, but I never got bored of mashing the A button and swing the Wiimote to cut a thug in half while occasionally dodging. It still has it's little tricks, espe cially in boss fights, which, by the way, were also awesome to play through. My favorite ranked assassins were Bad Girl, Holly Summers and Shinobu. Damn, that's all the ladies now that I look at it. Then again they're all really hot and cool. Especially Holly, she was an awesome assassin, fight and even gave me my first Game Over.

Talking about that, I felt the game was a bit on the easy side, I got 3 game overs, and only one I can say was from actually my bad playing. One of the others was in the bike section of the last ranked match because I failed to react to a quick time (blame the [lack of] sensitivity of the Wiimote) and the other, well, I'll just say it's not a good idea to beat Bad Girl while she's most defenseless. The soundtrack is also effin' great. All the boss fights have great songs.

On the other hand I'm really looking forward to the second game because, between other stuff, the open-world part was removed.

What. A fucking. Relieve.

The only thing it did was wasting my time. I wouldn't mind the free-reaming city if there actually was something useful to do besides shit that can be easily put in a simple menu. Oh well. The game rocks and I loved it. Gotta play the second now.


Also because of this:

Ok here I am yet again, trying to give you some insight on what's happening on my Nintendo DS. I'm about to go cook my dinner so I probably won't take long.

Going through day 5 of this war in the Tokyo lockdown. Right now I must be at a good level to keep going because the free battles don't give me that much experience, I just do them to crack some skills, when available, and move on to the next 30 minute eating cutscence or battle.

Oh, I let Keisuke die. I didn't like him after he went insane over justice anyway, but I guess letting potential party members die isn't great. On the other hand I defeated Kudlak! Or was it Kresnik? Aw man I keep confusing their names. Anyway, I did it and I'm hoping to fuse them soon. They look like good allies to use in the near future, even if not end-game level demons.

Talking about fusing, Hecate already appears in my search, and I hear it's one bad motherfucker. It's some levels above my main character yet though so I need to wait a little longer. But it shows off some fancy skills.

I'm digging the story, I like how it shows many sides of human despair when under really tight situations, like when people get locked in with demons roaming around doing stuff. Guess they have their reasons to panick.

I will still take a while to finish this game, couple of days probably, since I also have some University exames to study to, but after this I'm starting to guess what should I play? I'm low on money and there are 3475023478959038475024 games I'd like to buy, especially for my shiny graphics console. That would be my Playstation 3. When (if) I have the opportunity I'd like to buy Fallout 3, preferably the edition with the DLC, perhaps Borderlands, and I'm a bit pumped to buy a JRPG because I simply have none on that platform. There are several choices, White Knight Chronicles sounds like an option that would satisfy my tastes, or perhaps Valkyria Chronicles. Well, the options are plenty, and clearly aren't the problem here.

I also had a save going for Parasite Eve before I picked Devil Survivor again, but I can't play home consoles during the week, because they're at home, and not with me where I'm currently living. But I was enjoying the game and I'll probably go back to it sooner or later, most probaby sooner than later.

On the DS the options are also plenty regarding which game to play next. I got a Soma Bringer save, actually really far into the game but I'm tired of grinding a lot and not really getting anywhere in it. I had a Kingdom Hearts save but I lost it and I won't be getting back to it so soon, it bored me. I'm eagerly waiting for Dragon Quest IX and I intend to play the three remakes, but I don't know if they're next game to be played material.

I knew this game was hard. But dude, I just hit a wall here.

Beldr is going on. AGAIN. I went against him in this battle for a first time without really great expectations. It was hard and I had weak demons, so they all kicked my ass. It was ok, I wasn't angry.

Then I fused some demons, upgraded my arsenal, even went up a couple of levels and I went against him one more time. I was able to go a little further, even not far from winning the battle but then shitstorm ensued.

Well half a dozen demons just keep respawning. And they aren't exactly weak. Then Beldr can only be damaged with one character's attack.

Nothing out of this world, hard, but not EXTREME.

Ok, he spans a draining attack all over the map, hitting all my party. So when I thought just one attacker to damage him was bad, this is when I started getting desperate. Then I didn't even know what else I should do because demons respawned and I was using MP to kill them instead of healing my only hope of defeating this animal.

As I posted earlier I am playing SMT: Devil Survivor. I gotta say it: It's a nice game. I like it. I'm not a die hard fan of the MegaTen series, but I enjoyed my 70+ hours of Persona 3 I played, my first (and only game) of the series.

This game (Devil Survivor) is about HAVING FUN. Forget the shiny graphics and hi-tech physics. What you do here is play, and follow an awesome story. And you need to be actually GOOD to beat this shit. It won't go easy on you, and you won't forgive your mistakes.

I gotta say it, I love exploration in my RPG's, I love sidequests and lots of stuff to do. And pretty much basicaly: this game has none of that crap. Yes it's bad, and it makes me mad. But the customization and battles are really fucking fun.

I'm on my day 3 (game's time) and (I'm gonna spoil a little from now on so read at your discretion)
SPOILER WARNING: Click here to reveal hidden content.
Beldr just showed up
And he spammed attacks all over the map. Ahah, what a funny little guy, I almost shat myself when he did that. Here are my teams:


My average level must be around 23, and I'm doing some free battles to grind, still doing the easy ones. When I crack all the skills I go for the hard ones. That's how I game bros. I lose a lot of time, but I enjoy it and I get levels and skills to go against those demon boss fuckers. A problem I have is chosing my demons, I mean I don't come up with strategies I just choose the strongest available and try to even out all the teams. And except for boss fights I usually keep the same skill set.

A couple of new demons just got available on the auction, I bought a Basilisk, it's level 26, it's the highest I have even higher than all my characters.

If you got some gaming suggestions just say it, I'm glad to hear some feedback, whatever it is. For now I'll just keep grinding a little more.

Hey guys, what's up? I'm not a regular around here, although I check the site often and registered really early in the site's life, but I don't participate much.

Hopefully I'll try to change that. I'm thinking of posting some thoughts about games right here, on my blog, I like to write and I like games, and hopefully I'll enjoy it and I hope others enjoy reading what I write. I'm thinking of original and fun ways of doing some reviews, but I won't submit them to the site as reviews, mainly because it will probably be very comical and easy going, not really serious. It will probably have really random stuff, and it wouldn't be very honest to submit them as reviews. So I will post them here.

These reviews will most probably be about Nintendo DS games because they are fun, it's a fun platform (my favorite, on par with PS2) and I have access to many games. (ahah you can probably guess why, I'm sorry if you don't support that but well, I buy many games anyway, if that makes you feel better)

I guess that's all for now, I'm playing SMT: Devil Survivor right now, and I'm thinking of posting some thoughts about the game.

Hope we all have some fun, and cya guys around.