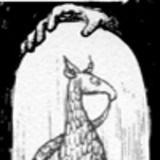 Well the update is literally called foundation so I doubt it'll be anything substantial.

I'm assuming it's meant literally, but also as a reference to Asimov. It would be in character for Murray's taste in sci-fi & what the game's lore suggests.

Nothing against Dan (I've never really come around to his style but I understand that a lot of people enjoy his content), but I'm getting burned out on everything being a wrestling promo, or tying into a PAX rumble, or having people treat some genuine confusion as being a "mark" or whatever. The Powerbombcast is a fun thing, Jeff digging up old WWF trading cards or Alex playing old wrestling games is neat, and the PAX thing is fine as a self-contained unit (something that I usually ignore but that's just me), but there's been a real uptick in how pervasive that stuff has become, and for someone with zero interest in it, it's gone from "a funny reference every video or two that I don't get" to (what feels like) a fairly significant piece of this site's comedy and structure. I'm not saying it doesn't have it's merits, but it's really not my cup of tea and I've found myself watching (and listening) to a lot less over the past year.

Also, I don't know what this particular thing is, or where it's going, but I'm not a fan of how it's been handled simply because that UPF is premium only. If this is a joke, it'd be better if everyone was able to get a laugh out of it, right?

So, I don't think it's a real thing (in the sense that Dan will still be a part of Giant Bomb, even if that means moving to GBeast), but if it is, I wish Dan all the best, and I hope that (as an unrelated tangent, even if Dan does seem to be a big source of this) the crew can better balance their love/hate relationship towards wrestling with the fact that at least some of their audience is feeling a bit alienated.

I second this emotion.

I wish Drew could do content with anyone else. Demo Derby, Metal Gear Scanlon, Film and 40s. It's getting to be a bit much.

@yi_orange: Oh, you kids these days. Behold, the "magic" of Foster Brooks:

@liquiddragon Drunks are annoying as all hell, unless you're also drunk. Add to that the constant threat of violence/weeping/over-the-top drama, and it's no contest for me. I think a big part of the reason for the Bombcast's tendency to mock pot smokers more than drunks is the simple fact that Jeff has never smoked pot.

Let's go to the replay:

I know that it's his style, but I think James placed himself on thin ice right from the start. His sense of humour is perfect for Twitch chat, but that's clearly not what Valve is aiming for out of its DOTA2 PR & hasn't been for a while.

I see what you did, there, you sly devil, you.

Brad for me, easily. Jeff's rants don't fit the role of host - he tends to dominate conversations at the best of times, esp. when newer people like Jason, Dan and/or guests are there. When Jeff was hosting it was a lot of him expounding without much space for anyone else to do the same.

Brad is good at letting other people shine, which is a huge part of what Ryan was great at. The only conversation I can think of that he regularly shuts down is 'pro' wrestling and for that, I'm glad. Dan inserts WWE into nearly everything he does - given there's a dedicated podcast on the site for that, I think Brad is wise to keep it out of the main show.

Good news!!We think we found the cause of the crash and we are testing the fix in the office now.If this is confirmed to work, we should have a small patch up later today (executables only) that addresses the biggest AMD R9 problems."

For now the patch is opt-in only, in the 'future' branch of the beta settings.

You may want to follow the instructions for posting your data file in this thread.

There are problems that aren't limited to AMD R-series card drivers, but for the specific problems that are it does seem like the dev. team is trying to zero in on the causes & they've said they're trying to work with AMD on figuring it out.