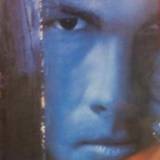 By far the funniest 2 hours I ever spent with my friends.  I can't even start to explain it.  The cats and Jimmy T. dancing is one of the funniest moments i can remember.  Warioware you get my vote!

Swords & Soldiers is a side-scrolling RTS that is being developed by the students that created De Blob (the original free-ware one) to be released on Nintendo's wiiware service.   The game will comprise of 3 factions, all battling for "the power of the gods". Swords & Soldiers will have a Single Player Campaign, as well as a splitscreen multiplayer. (only local :(  though).  It is also promised to include "Several other game modes"

I personally think this could turn out pretty good.  I absolutely love the art style and I really can't wait for it.  It is supposed to come out Q4 this year.

The wii no longer can say it is anti-violent.

Really.  If you pause the trailer as the words fly in and read some of the finishing moves you can tell that this game is going to be AWESOME!!!!!
Not only is the art style really original, but it is also really cool.

So with the anti-violent tag gone, are you happy or sad?
4 Comments

One of my new favorite videos.


I've always wondered what happened to Mowser.  So What do you think?

Maybe the Wii does have games on the horizon.

I have said it myself.  The wii doesn't have any more games left in its reserves.  I have thought about this, and now, I think it is not true.  If you don't believe, follow me to the magical list of games!!!!!

does anyone know how?

I'd have been banned for this on Gamespot  :P
There is also a sexy 64 1 video.     You gotta love the Jessica Chobot and Dick Masterson cameos!

Mega 64.  Its simply put jackass with video games. They dress up in costumes and go around pretending to play the games in real life.  In front of unknowing civilians.
The skits are on the side of their site

They also have a tv series running called mega 64 which uses the skits in the game.  The version 1/ version 2  disks sell for about $10.  They are WELL worth the deal.

They do a weekly podcast and also a weekly ign insider video.

Check em out, I doubt you'll be dissapointed