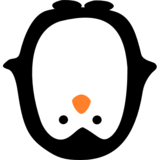 I would also be interested in knowing what "(remote)" means in this context. The listings shows the location as Louisville, KY, US. Would relocation be required or is telecommuting an option?

If anyone wants one more goty list for the road I tried my hand at one just now.

Everyone stay fresh in the new year :)

@gravitypenguin: So far (like... this morning and a bit of last night I've been doing 2A 5A 5B 5C into her 2C 4C 214B 2C 4C 214B 214A; what's other ways to hit confirm into the persona loop that you use? Like out of the longer range pokes than jabs, and more damaging punishes for whiffed DP's and such.

Yeah I meant half-circle C after 214A.

So yeah here's some basic combos that involve the persona loop:

Some other basic Orie stuff to know:

Anyway that just scratches the surface of things, but there's some infos for ya.

This is useful since it ends +frames so you can often frame trap your foe with a follow up 236B unless they're shielding at the end. Also you can mix a 6B in there at pretty much any point for an overhead.

@belegorm by the way if you want to chat with us a number of us GB anime fighter players hang out in #GB_P4A on quakenet IRC.

As others have mentioned, the game is out! Haven't had much of a chance to play it yet apart from messing around with it at Winter Brawl, trying out a few combos, and trying 1 ranked match (felt less laggy than USF4 by far), but so far the game has seemed really solid to me. Hopefully the devs will do some more work with balancing the game (seriously like every match at WB9 was Gordeau vs Merkava), but I have really high hopes for this game and it's really fun to play!

Anyone know of any resource for combos? I've been looking around and the amount of written resources are kind of sparse. Mostly have found youtube videos in Japanese that either don't have the moves spelled out, or the names of the moves are in Japanese so it's puzzling to figure out which move. Personally I'm looking for Orie combos.

Hello Orie buddy. The character pages over at the the mizuumi wiki - http://in-birth.wikia.com/wiki/System - contain combos in addition to other useful info. If you have any specific questions feel free to ask.

Thanks to everyone for a fun weekend!

Thanks for a successful day one everyone. Shout outs to everyone who played and TFP for doing commentary on his stream for five hours straight.

We're down to the top 8 and will resume tomorrow at ~1pm PST.

Okay here are the tournament round times. Technically you can start playing your matches as soon as I make the tournament live on Challonge, but these are the times beyond which I reserve the rights to DQ missing players.

If things are going quickly you're free to run "Sunday" matches on Saturday. Again I'm mostly going to play things by ear, but hopefully this gives people a general idea of when they should be around.

Finals: When losers bracket is complete

Updated the OP with some stuff in the rules and prize section.

ATTN PARTICIPANTS: If you have not already done so please sign up for the tournament bracket on Challonge using this link. Some time either late Friday or before the tournament starts on Saturday I will freeze entry and randomize the bracket.

@gravitypenguin can you put up a rule where you should NOT skip the match intro? It's a problem online....

I added a rule for that, but won't be enforcing. It's just good sense.