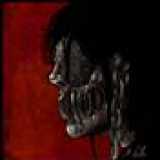 Ive been playing games since i can remember, that is even if I can remember when that was!?!? It all started with a mixture of the Commodore 64 and the spectrum. As time went on I began to spread my gaming out slightly from using over sized floppy disks and tape cassettes to actual cartridges(wow such an upgrade :P) with my Sega master system. Only real memories I have of this however is me playing Alex the kid and that really crazy idea of rock, paper scissors mechanic that left me more angry with the game than happy because those bastards in the game always knew what I was going to pick :S. I gave the Sega up like a bad habit after I met my good old friend the Super Nintendo!

At this time I have fond memories of my brother picking E honda in streetfighter 2 turbo and using that god awful cheap 100 hand slap on me lol ahh brotherly love as I threw the Nintendo controller right in his face after he would do that 2 rounds in a row.... As time goes on and you play through the mario collection and metriod for a good few years I found myself lucky enough to get a PS1 for my birthday with a copy of V rally. You know, that game with the crazy turning, you slighly press right and find yourself doing U-turns at corners. So time goes on again and my PS1 breaks, very sad day in my life as i just gotten Duke Nukem time to kill for the PS1 and hte controller sockets stop working!!! So you can tell theres major frustration there im sitting there at 11 years of age with a copy of Duke Nukem(yeah thats right a local game store sold me a copy of duke nukem at the age of 11!) with a busted up playstation, very angry that day.

I was again fortunate enough to later get a Dreamcast for christmas after the play station and thats were my love for gaming really sets in with the first time. I played sonic adventure 1(prior gaming before hand was really just on and off being a kid and what not and actually liking outdoors prior to this :P). Times goes on again and then my fucking dreamcast dies on me! Yeah thats right 2 consoles in a row suffer from a faulty controller socket ports. I get lucky again however with a PS2 for christmas the following year so all goes well then a year and a half later guess what... the fucking consoles dies on me! Thats right now, thats 3 consoles that died on me ina row this time however was through a faulty lazer that sony must of been using on old models of the PS2 as I came accross this problem a few times with my friends. So I find myself conpletely doubting console manfactures but for some reason I decide I would take a chance later on a Xbox. Well I get the Xbox and immedatly fall in love with the Knights of the Old Republic series.

These and a few others games like Halo 1 and 2 keep me going for a while. After about 2 years of this my brother got me into PC gaming with counter strike and about 1 and half years later World of warcraft.I then find myself lost in 3-4 years of unacountabletime not known what happened playing Warcraft. Mid 2007 just after summer I break the Warcraft addiction :P Soon after I find myself with an Xbox 360. I've also moved onto PS3 and back to PC mainly.

Outside of the gaming realm ilike to listen to a range of different rock and metal music consistingof such bands as Megadeth, slayer, iron maiden, black label society joe satriani,anthrax, demons and wizards, firewind, iced earth, freedom call, blind guardian and loads more I can't be arsed writing. As well as this I like to go out get drunk see friends and all that other social bollox that happens when one is in a state of complete shitfaced drunk. 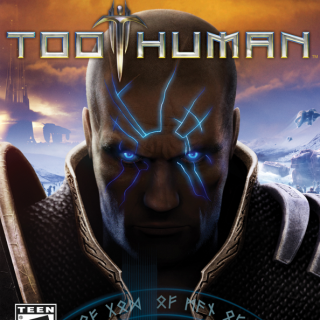