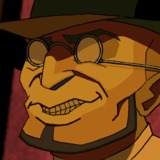 I should get the special edition DOOM soundtrack vinyl set soonish.

ALL RIGHT ZMF I BOUGHT BUTCHERRRRRRR!

I give this list 8 puppies. Keep up the good work!

Bring on the Jeffu army!

The multiplayer still resolves around getting the characters and weapons randomly from packs?

This game bums me out. The idea of the singleplayer is cool but looks so rough in its execution. And I would've bought the game just for the multiplayer alone (ME3 multiplayer is awesome!) if it didn't have the pack progression.

I have zero issue with the random packs, as somebody who's put a couple of thousand hours into ME3 multiplayer. They're a decent hook to keep you playing, and there's zero reason to ever spend real money on one. The bigger issue with the ME:A multiplayer is that the netcode is utterly and completely broken, to the point that the game becomes unplayable with even moderate lag. You literally can't move your character much of the time, with such awful rubberbanding that you snap back to where you were over and over and over again. Leaping around with the jetpack and dashing only exacerbates the issue. ME3's netcode wasn't the greatest by any means, but it was nowhere near as bad as ME:A's.

Aside from that, I'm not really digging the new combat system either. The movement stuff is fun in isolation, but its implications on the combat, namely far more emphasis on height, makes matches feel incredibly chaotic, to the point that teamwork is difficult. The pace is so much faster than ME3, and I don't feel that's a positive. Not to mention that it all has a real floaty feel. There's none of the sense of impact that ME3's combat had. Even Krogan characters feel completely lacking in weight, probably because they just zip around on jetpacks like every other kit. I'm honestly completely bummed out by the whole thing. The trial put me off the game completely.

Extra bummed to hear that the base gameplay isn't great either. But the problem with the random packs is that you start to fall behind quick when they start to release new stuff unless you put in those thousands of hours. I played a fair bit of the ME3 multiplayer, but not enough to consistenly unlock all the new stuff or level it (or the old stuff for that matter) up so I kinda gave up after a while.

A credit base unlock system next to the pack system (something like Overwatch does) would've been so much better. Using packs to unlock things saves credits, but is random while unlocking things the hard way is more expensive, but ensures you get what you want.

The multiplayer still resolves around getting the characters and weapons randomly from packs?

This game bums me out. The idea of the singleplayer is cool but looks so rough in its execution. And I would've bought the game just for the multiplayer alone (ME3 multiplayer is awesome!) if it didn't have the pack progression.

This looks really rad. Glad they took the awesome Nemesis system to the next level.