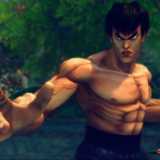 I gave it 4 1/2 stars - I always respected the Mega Man franchise as a whole in terms of the NES games (mainly II), but playing MM9 is seeing why this franchise is still good as it was despite its ups and downs. I felt so happy beating the game since it is definitely hard, but definitely beatable. I thought about buying the XBLA version (I only have it on Wii) for achievement points and the 360's online support, but decided not to so I can save MS Points for future Rock Band 2 DLC and other XBLA games even though I bought the themes and pics on 360 to show my support.