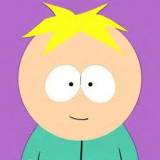 I successfully had a baby with Anderson Cooper and Katy Perry.

13 & No One Lives Forever Series

Call of Duty 2 is the best by far.

One of the first things I do when I get in a pool is float face down and pretend I'm dead like int he trailer. :)

The one that came up a lot during the entire game fro me was not being able to search things or for example climb a ladder because the a button prompt would not come up unless I mess around for a little bit or I would have to walk far a away and come back to get it to come up. Some times there would be one tiny sweet spot at a weird angle you had to find just to loot something. At times I could not even loot things. It was through the entire game. It happened quit a bit. So annoying.

A ton of clipping. This doesn't really bother me much but when it is your armor or character cosmetic stuff it is very disappointing.

I had a ton of silly warping NPC's in the background of a lot of cut scenes or right when you get out of a cut scene.

I finally finished it this week.

Hell no. Fallout 3 was better than New Vegas.

@sirfork: The nice thing that seems pretty apparent so far is that SOE is listening to everyone that has feedback for them. If they stick to it they could really cash in with something special and we will benefit from it. If all goes well by the time the PS4 version comes out they could grab a hold of this genre with a game that will have legs and endless entertainment with great gameplay on top of the added water cooler talk that just spreads the word. All in all its a bit of copy and paste from a few games but if its done well bring it on. Time will tell.

@itwongo: Its sounds like most of that is squashed by today.

@sirfork: It plays and feels like DayZ/Rust to me. I tried a PVE server for a bit just to try and find a bunch of stuff. I Ran around for almost and hour and didn't find one thing. On the other hand the time I beat the guy to death on the lake on the PVP server I found a few things in a decent amount of time. Its pretty looking but rough.

Spawn One - Dude One

So I could see this guy coming closer to me from off in the distance. He ran up to me and said "Hi". I told him I had just started and we had a couple exchanges about the game. I noticed he had a bow so I asked him how he got the materials to make it. He said he would show me and asked me to follow him down the hill, which I did. I figured it was to lead me to my death and it surprisingly wasn’t. He showed me how to get sticks from a small tree and said I needed a few other things. We walked back up the hill and looted a few vehicles. A few moments had passed and he said he had some cloth that I needed to start making a bow. He dropped some on the ground and said I could have it. I happily picked it up and said “Than….

!!THEN ALL OF A SUDDEN HE PULLED OUT HIS BOW AND SHOT ME IN THE FACE, JUMPED AROUND MY DEAD BODY SINGING MY NAME OVER AND OVER AGAIN, LOOTED MY BODY AND RAN AWAY LAUGHING!!!

There I was again but this time in the middle of a forest with a bunch of bushes around me with some fruit you can pick. I thought this was a good start. I could load up and make a trip into the unknown. Maybe find a house or two. BAM! My screen moved with a thud and a guy runs past me in camo. He just hit me in the back of the head and laughed. So I did what any 2nd time spawner would do. I yelled like a crazy person and ran after him. I made every weird noise I possible could as I chased him. I got smoked the first time so I am certainly not putting up with this shit my second. He starts yelling back at me that “he was sorry” and “he didn’t mean to do it”. My ass it was an accident! In response to it I kept chasing him and in a very loud whisper I said into my mic in a crying injured voice “You hurt me”, “It hurts so badly”. We ran in circles, over lawn chairs, in and out of buildings and finally after about 10 minutes we ended up in the middle of a lake (which we could walk on top of the water by the way). That’s where it ended. Because I...

!!BEAT HIM TO DEATH WITH THE BRANCH I GOT FROM A BALCKBERRY BUSH!!

Ok, Here I am again. I have nothing and I’m in an open field on the side of a hill. I can see some building up ahead of me on top of the hill that I spawned right in front of. I look around a bit and there is not much so I work my way up. PLINK…PLINK… I hear what I believe to be arrows hitting the ground around me. So I hide in this small rut that is in the side of the hill hoping I will be left alone so I can take off in the other direction. Nope, I hear footsteps and over the edge stumbles another guy in camo. I think he was expecting to find my dead body. I burst towards him like a mad man. He certainly didn’t expect it so he ran. He ran and ran. I ran. He ran. We ran some more and then after that we kept running. I chased him swinging and he ran screaming. He couldn’t get away and I couldn’t catch him. The whole time I’m eyeballing my stats. Everything is almost at zero. I don’t know how he is still going but I am hurting. It must have been 10 minutes of just pressing “w” and moving my mouse around. It was depressing and entertaining all at the same time. My health is getting lower and lower Moments later while running up a steep road nipping at his heals I…

!!DIED OF STARVATION RIGHT IN THE MIDDLE OF THE ROAD. AT FULL STRIDE. DROPPED LIKE A SACK OF SHIT AFTER RUNNING A POINTLESS MARATHON OF SPITE!!

That was it. That was my first experience of H1Z1. I hope I will have many more stories to tell my friends.

I would love to hear about everyone else’s first encounter.