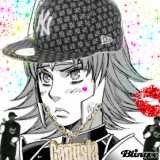 I wrote this little thing (it's not actually a little thing): http://www.giantbomb.com/profile/hailinel/blog/lightning-returns-wha...

Operation Rainfall: You Helped a Duder Out

Last year, I wrote a blog post about Operation Rainfall, a grassroots movement to convince Nintendo to release three Japan (and later, Europe)-only Wii titles in North America. The post attracted some decidedly mixed responses. Some were receptive to the idea and willing to help, and to those of you that did, I thank you. Others, however, were aggressive in their belief that it had no chance of success, so why even bother? To which, at the time, I could only say that there was nothing to lose from giving it a shot.

And what do you know? It worked.

While the extent of Operation Rainfall's actual level of influence in the decision-making process can be debated, it's unlikely that without the campaign in at least some form, Nintendo of America would have chosen to release Xenoblade Chronicles this coming April, nor would they have given XSEED the license to release The Last Story. This leaves only one game out of the three, Pandora's Tower, without an announced North American release plan of any sort. And given how utterly stubborn Nintendo can be when it comes to their releases (EarthBound fans are still pining for an official release of Mother 3), I have to say that even without Pandora's Tower, two out of three ain't bad.

And while Nintendo and XSEED both deserve thanks for working to get Xenoblade Chronicles and The Last Story to North America, I again thank those of you here at Giant Bomb that helped participate in Operation Rainfall's drives, whether it was through the letter writing campaign, haranguing Nintendo's social media intern on Twitter and Facebook, and everything else that the organizers put together since this past June. A lot more work went into this than a simple sign-it-and-leave-it internet petition, and while not getting a North American release of any of these games wouldn't have been the end of the world, it's still a pretty impressive effort.

All of this being said, Operation Rainfall isn't done yet. After all, if it worked twice, there's nothing to say that it can't work again for Pandora's Tower. So if you're itching for one more game to play on that little white box, you might consider helping out. And hey, after that's over, they might even move on to other games. But you know, it only has a chance of working as long as people try.