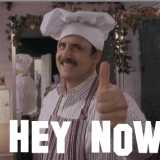 I respect Sid Meier for what he has done for gaming. But as much as I try, I don't like his games. The first game since Alpha Cintauri and could not grasp the concept. I did not get the Civilization series (tried 2 and 3). I wasn't used to the turn-based game. It's slow-paced and I prefer the action from all the RTSes I've been playing.  I never understood the tech tree or what to do. I know I purchased and played Gettysburg, but I don't remember anything about it except for the characters disappearing when you scrolled side-to-side. I found Pirates to be a bunch of boring mini-games. I played Railroads for a few hours and never went back. The only game I had fun with was Sim Golf, and most people find that to be his worst game. I did learn my lesson and avoided purchasing Civ 4. When Civilization Revolution came out, I downloaded the Xbox360 demo on two different occasions and was promptly reminded of why I avoided the series.

Now at present time everyone is enthusiastically talking about Civ 5. Of course because I feel some imaginary peer pressure to like his games, I download the demo. It won't run on my PC. I really need to upgrade my three-and-a-half year old computer, but don't have the money. You would think I'm safe, but I'm not. Due to listening to a bunch of podcast saying how great the series is how more accessible Revolutions and Civ 5 are, I finally break down and buy Revolutions for the 360. Hey, it's only $20 and if I never get around to playing it it can sit with the other discount games I buy but never play.

I bought the game Wednesday and decide to play it Friday. If I sit on it, I will most likely never give it a chance. After playing for an hour, the game finally clicks. I get it. I mean I don't get all the strategy and I'm still trying to learn some of the concepts. But for the first time, I'm having fun playing a Civ game. I played for three hours Friday night until I finally forced myself to quit because I had to wake up early for work. One more turn I kept telling myself.