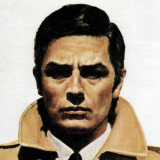 The problem with Raiden

Not many people liked Raiden in MGS2. He had the whiny boy/manchild syndrome multiple Japanese works of popular fiction have and of course people were expecting to play as Snake, not some wimpy ersatz Snake. Personally, I never really had that much of a problem with him. Sure he was not cool or badass and his 'relationship' with Rose was cringe-inducing (mostly because of her), but he did get fleshed out and his backstory as a child soldier was interesting and humanizing.

That all changed with MGS4. MGS4 really made me dislike Raiden. They way they tried very hard to make him "cool" was immensely immature and ham-fisted. It's as if someone at Kojima Productions went "Well people sure disliked this character, what can we do to make him seem badass? Oh I know, let's ask an 11-year-old boy!" It's sad too because they were working with an existing template (Gray Fox) but made mistakes they never did with that character.

And the biggest mistake of all? They did it at the cost of making everyone else (and especially the player/Snake) look bad by comparison.

Some of these issues already appeared in MGS2 (E.g. Snake's encounters with Vamp and Fortune) but MGS4 Raiden does so much ridiculous shit in every action scene he's in it even makes the Metal Gear universe's take on nanomachines look tame. He's like an actor going off-script and chewing the scenery as much as he can before being escorted off the stage by security.

There is a lot of silly stuff in Metal Gear games but no sequence of events illustrates my problem with the evolution of the character of Raiden better than the last quarter or so of Act 4 in Metal Gear Solid 4:

After beating Vamp (another terrible character) Snake/the player is tasked with holding off suicide bomber Gekkos while Raiden and Vamp have their 1 on 1 on top of Metal Gear REX. I understand that the developers might have thought it would be better for Raiden to finish off Vamp considering their history but it's a good example of the player being tasked with a menial job while someone else gets to do the cool shit. After that it's time for a great moment of fanservice: You get to pilot Metal Gear REX in an attempt to escape Shadow Moses and even fight Metal Gear RAY piloted by OceLiquid in an awesome Metal Gear vs Metal Gear throwdown. After you win the fight you are treated to what is probably the funniest and silliest cutscene in the entire game. OceLiquid running away from Snake while taunting him and Snake limping after him, trying to give chase. Then Outer Haven appears from below the waves, adorned with a Mt Rushmore style set of heads. It's a beautiful Kojima moment.

But then it all goes to shit.

OceLiquid makes Outer Haven set course for the quay a battered and broken Snake is kneeling on. This prompts Raiden to free himself (he had been conveniently trapped under some rubble since before the start of the rock 'em sock 'em robots battle) by cutting off his own arm and coming to Snake's aid. He single-handedly holds back the entirety of Outer Haven while also managing to snap Snake out of his daze so he can get out of the way. The scene ends with Raiden seemingly getting crushed, replete with flashbacks of his time with Rose.

This is a perfect example of how events which the player has nothing to do with far outstrip anything the player/Snake actually does in terms of ability, scale, importance and intensity.

This is also why I understand the people who don't want Revengeance to be part of the MGS canon. Although at the same time I think he already does so much damage in MGS4 that it's kind of a moot point.