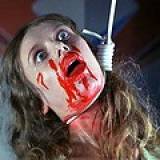 First off this has to be the most vivid, kaleidoscopic triumph of art direction in recent memory, making the meaty, bloomthirsty Unreal Engine into a thing of stultifying beauty (see also Alice: Madness Returns). From the moment you step into Columbia's sunlight, sky reflected in a pool of water - hard primary blue - it's gorgeous. Blah blah. Superlatives barely describe the first hour-ish of the game. It allows you to take in the world at your own pace, especially if you turn off the nagging hints and other 2013-standard critical path-ifiers (so grateful they can be silenced, though). Then the combat comes in, as it must.

And I felt...a little disappointed. Is that unrealistic? This is a game with the budget of a small Eastern European republic and there's no way it WASN'T going to ride the engine of death. The combat is appropriately insane, with magic powers and blunderbusses and dimensional rifts all smashing together. I started the game on hard and quickly learned the error of my ways. It's tough, especially with a controller, to manage the vertical/strafe-heavy strategy needed to take on twenty kitted-out enemies. And that's before you get to robot-fucking-George Washingtons and insane ghosts and dudes with horns for heads.

The plot initially takes far too many detours to hit like it should. Elizabeth is a great character, but for nine-tenths of the game rides a line between ammo dispenser and vital companion. No one even shoots at her, which I guess is Irrational's way of skirting the escort issue. There's one completely out-of-the-blue bit with inventor Jeremiah Fink 'auditioning' you for his Head of Security that feels wholly invented for the sake of having a Cohen or Steinman-esque interlude. The other notable detour, with the mad captain Slate, fills in backstory - and looks quite brilliant after having finished the game.

There are moments where the promise of Elizabeth comes through. Her sounds of disgust when you do the requisite finishers on enemies are always pitch-perfect, as are most of her incidental lines. The guitar scene - find it yourself - is fantastic, a moment of serenity that would've sufficed for a hundred "Why do you kill?" "Because I have to." exchanges.

Until you get to the end, a lot of the game feels slavishly indebted to the original Bioshock. And then all this is thrown into stark relief. It's hard to unpack even now, a few days after finishing. Is it stupid or brilliant? Cheap or clever? These questions feel reductive. It's at once a satisfying, layered, elegiac conclusion to Booker and Elizabeth's story and a dizzying smash-cut into a massive new universe. Unlike, say, the end of Lost, Irrational treat their mythos and their characters with equal respect. There's so much to go back and pore over upon finishing this game. So much left ambiguous, flickering at the edges. Superb.

Which makes the slog of the mid-game less of a blow. Most everything involving Daisy Fitzroy, Chen Lin, and the Vox Populi could be scooped out like so many melon seeds, leaving a leaner, tighter experience, and I rushed through that stuff because I wanted to KNOW, goddamnit, know about Elizabeth and the tears and her pinky and Booker's nosebleeds. On one hand it's Irrational's fault for setting up such a self-evidently mysterious, puzzle-box world that you can't help but want to understand. On the other, the combat wore me down and I didn't take the time to explore as thoroughly as I could've, missing Voxaphones and environmental cues. It'll take another playthrough to really get a handle on the pacing and structure of the story, precisely because the ending overshadows all the rest. I initially felt the climax rendered all the previous story - and especially the characters - irrelevant but I know enough now to get the way it reflects and reshapes, folds in on itself and the previous game. It's a lot to process and you either keep up or have to catch up. I had to catch up. But if Bioshock's big moment was a Brechtian flourish, even an afterthought, Infinite throws down like 8 1/2, like Gravity's Rainbow, like Mulholland Drive when the time comes.

The next step is to put down the gun. It's justified to a point here with Booker's character but I never felt what I was seeing from Comstock or Fitzroy was any worse than the way I was being forced to put down enemies left and right. Sure this makes thematic sense in the end. Can't decide whether it's clever to twist the conventions or just easy to justify them. But the ending is twenty minutes sans a single gunshot. I have faith Irrational can keep trying.

There's so much else to talk about: the way everything works toward thematic ends once you know where to look, the music (FUCK me the music), on and on.