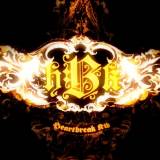 I've got a top 11, because it was a top 10, until I finished The Last Guardian tonight and it rocketed into my top 10!

Link again in case you missed the hyperlink:

I've been looking to get mine framed. Didn't feel like paying 300 bucks for custom framing. What did you guys do? What do I do? So many questions!

I payed the money...worth it!

I love threads like these. <> Duder! The picture looks great. I got my Bombhawks poster sometime last month and had it framed and mounted on my wall.

That's awesome! I missed out on that one (didn't actually know there was a poster on sale :(). Otherwise that would've also been framed and placed proudly right next the one I have.

So when I joined this site a fair while back, I couldn't get enough of it. Eventually, I decided the site was so damn good and I was watching so many vids on here that premium was absolutely the course of action for me to take. Since then I've been nearly 3 years subscribed and have not regretted it for one single second.

That first day I subscribed, I got the $15 store voucher, the only thing that really caught my eye was the poster of the Bombcast crew (Jeff, Ryan, Vinny, Brad and Patrick). So, even though living in Australia the shipping was a little bit more than I would've liked, I grabbed the poster (signed of course!) and it was sent out fairly quickly after that. Since I got it, I've kept it mainly in storage. Until now, I have just completely re-modeled and re-furnished my room so thought it would be the perfect time to get the poster framed and placed on my wall so I could be reminded every day how awesome GiantBomb and the crew is and have been for me.

These guys kept me so interested in gaming and so entertained by it that the only thing I could do for a job was enter into the gaming industry. Something that I managed to do late last year and have been in ever since (and loving it!!).

I thank all the guys at GiantBomb both past (RIP Ryan) and present for not letting me forget what I love and making me love it even more than I ever thought I could and not only that but allowing me to get a job in the very same industry as the thing I love the most. Even though I don't get as much time to follow the Bombers and what they do, I know that ultimately, it's them that got me to where I am now and I couldn't thank them enough for that.

Anyway, enough of my babbling. Here's the pic of the poster, framed and placed proudly on my wall.

All these words are what I want to type but can't through the tears. Thank you for this, thank you Ryan for being awesome and allowing us to have such feels. But fuck does it hurt my heart to say goodbye. :(

I can't believe this news. Tears in my eyes for one of the greatest guys.

You know, I'm not much of a fan of Alex in general (I think his on-screen persona is ridiculously try-hard), but these Guns of Navarro pieces are excellent reads and really refreshing as well.

This is the sort of content I want to see from someone like Alex, not an attempt at a joke every 5 words that rarely hits. But thoughtful, thought provoking and genuinely insightful comments on the industry and what has happened in it, the past week or however long.

STREET MAPS! ON THE WII U! BECAUSE IT'S PORTABLE?....wait, why isn't that a 3DS announcement?

Disappointing that Yukes will still be handling it. Although hopefully it's just a 'get the game out in 2013' type of deal and not a multi-year thing.

Yukes need to either get away from it for good or completely re-boot the series to re-invigorate what is a very tired series. I just feel that if they keep on doing it, we'll keep getting middling, nothing but small incremental improvements each year and no real big leap that the series needs.

I don't know if the 2K Sports guys would be up for it, or even really a good fit for what the WWE games need to be (as 2K are very much simulation as opposed to the arcade formula that WWE needs to move to) but it's at least somewhat in the right hands with Take-Two. Hopefully they can really freshen the series up.

*Goes and puts shotgun in mouth* You can pull the trigger Walker...