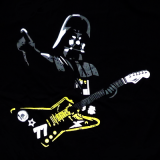 Yes, yes he can. He can and he has. Welcome to the internet!

How does that prove anything? Sure you can take part of a work of art and create something else with it, but that doesn't change the original creation! You just created something else!

If that "something else" is a more enjoyable gameplay experience in this case, I'll take it.

Internet manchild learns he needs to act like an adult if he wants to make a career for himself. A good and appropriate moral in this, the fourteenth year of the Willenium.

I can't even imagine what a modern day Clock Tower game would be like.

Here's hoping she comes back with something refreshing - hopefully working on something smaller scale. Interested to see where she goes next.

Holy shit. The fact that Sony actually made moves to make this happen is pretty amazing.

I've already played this game in real life. I don't need to do it again.

@heatdrive88: I'd argue that even this is escapism; people are escaping the circumstances of their lives to ponder the circumstances of other lives. Escaping into a Space Marine should not be seen as different than escaping into a German expat living in France, deported to Germany and conscripted into the military at the beginning of the First World War. These examples should not be seen as different from escaping into a lesbian girl returning home or a small silhouette boy in a bleak and eerie forest.

The thing that makes me uncomfortable about games like this (Fragments of Him) is that I get the impression it's being tailor made for grief thieves. That's probably an unwarranted cynical response, but I'm confused as to why someone who has felt grief and loss and all that bullshit would want to inflict it on themselves again. I don't know. It's weird.

That's a fair response. I don't think what you said was cynical - you simply have a different method of dealing with grief, as anyone in this world does. It's a personal thing that you are allowed to have your own take on. Kind of like art.

Anyways, I perceived this to be more of a thing about remembrance. Grieving is of course, naturally a sad thing - but for me, it's tied to remembrance. In remembrance, I'm able to give levity and acceptance in remembering someone (or something) for more than that moment of loss or death, as tragic or sad as it might be. This of course takes time to overcome, but that's simply part of the grieving process.

As an introspective example for myself and hopefully others here to relate to - when I watch an old video with Ryan in it, it makes me laugh and it makes me smile, just like it did the first time I saw Ryan on camera or in a video. Of course, it makes me feel sad right alongside of that too, but that is totally okay. The happiness of remembering him again for as he was, for more than his death, gives me a feeling of acceptance for that sadness I feel in missing him. Personally, it would be an injustice to Ryan if I was to simply forget and be ignorant to the fact that he is gone, so reliving and remembering him is for me, something that is worth doing - especially when it was a life that was so incredibly worth celebrating.

Look, let's put it this way. Should this be any different than watching a video of a wonderful man attempt to flush a pie down the toilet?

I wouldn't think so.

No thanks. Enough loss in real life. Don't need it simulated.

exactly. why in the fuck would anyone want to play this? I've dealt with enough loss and still have plenty I could lose before my time comes. Why in the hell would I want to play a game centered around the hell you go through?

I mean, it's an interesting point. What I'd say is that some people like to explore, understand, and mediate on loss through movies, games, and books. My wife is someone who doesn't like watching "sad" movies. I'm sure there are people who won't want to partake in "sad" games. I'm the opposite, though. It's cathartic to experience stories that align with my own life stories. It helps me understand them.

Everyone has their own reasons for why they play video games today - whether it's escapism, power fantasy, entertainment, boredom, exploration, understand, grief, education, etc. - and there's a chance that their reasoning is a combination of a lot of those things, and a good chance it might be only one or few of those things.

I've pondered a lot on the thought of how video games have gone outside from its original intention - notably, escapism - and of course, it all loops back into the "what is a video game" question, which is a deeper discussion than the semantics of categorization (or is it?). I'm sure there's something thought-provoking to be said here, but I don't really have it in my system right now. Maybe later.

Man, that final article by Ellie Gibson. So perfect.

And I don't think you'll see Alex or Patrick raise these issues in an actual article. They certainly should, if they want to put such professional clout as they have behind their opinion. Although I am not sure if Giant Bomb would ever publish an article that said "If you disagree with me, stop giving us money and pageviews". It would certainly be interesting...

If you are of the mind that any of this is in any way okay or permissable, please never come to Giant Bomb ever fucking again. EVER.

It's not an article, but I think it's fairly obvious in the vaccum regardless, along side what has been mentioned in today's Bombin' the AM video, plus Patrick's recent Q&A video (which is sadly under premium wraps - it's very sobering and wonderfully said).

It also makes me disappointed that prominent members of the game industry aren't doing more to publicly stick up for those being harassed.

To be fair, the fear of retaliation is very real - I wouldn't disparage anyone that is frankly, afraid for their own livelihood. Kudos to the people that did stand up, but I wouldn't look down on anyone that wishes to remain quiet because of fear.

That being said, the problem is also now much more real than what others can publically do - this very much needs to be something where proper authorities need to take notice and do something, and real change needs to happen.

Unfortunately, we also forget that this realm is very much a sub-cultural problem: a very passionate sub-culture, but still just a sub-culture at best. Yes, the problem affects culture on a grand scale worldwide, but the horrible things that have been happening are still just happening to people within a sub-culture.

Sigh. Thinking about this stuff is a total bummer. Group hug? Let's watch Ryan flush a pie down the toilet again.