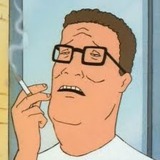 @rorie: It's patently ridiculous, how can they promise that with the absolute messy state of internet in the US and around the world? Really, everyone's got a 10ms ping hop to a Google data center? Pull the other one. Pull the entire service, actually.

It’s about slamming a Monster taking a shit and a shower then making some infrastructure.

I’ve definitely worn my Giant Bomb hat through TSA and on a plane. Just asserting my sigma energy.

For what it's worth, I highly enjoyed it, all the twists and turns and bizarre reveals, and I didn't do one single thing with the ARG. I see ARGs and I'm like, oh cool, they put an ARG in for those people. That's neat. Anyway. And I move on with my life. Well worth a buy IMO. It's a very cool fusion of genres, with awesome art and style.

I think he knows a thing or two about game development that remains true even in the modern era of day one patches, live service games and ongoing development.

It's like in photography/cinema, the old adage "we'll fix it in post!" Maybe. Probably not though. If something is busted on the first take, there's very little you can do after the fact to salvage it. And frankly, it's usually less effort and time to take the time to do it right the first time than to release it in a bad shape and then try to sand down the rough spots.

Did a two island run with Bombermechs, they’re very cool. It’s such a fun battle chess game. Someone said that it’s less compelling than FTL because there’s essentially very little randomness or RNG, and I appreciate that, but I dig how you can take your time and come up with a masterful solution where no one dies, no one gets hurt, most of the time. It’s a tactics game that plays like a puzzle game and I feel very smart while playing — and occasionally very dumb.

I mean, Apex is free to play and great. Fortnite is free to play, and people seem to like it alright. If Skate's mechanics are super solid, and they monetize via cosmetics, who cares? Always-online is kind of a bummer as I'd like to play it on the Steam Deck, but perhaps there's an offline mode. We'll see.

Last movie I saw was Adieu Philippine, a 1962 film from French director Jacques Rozier. Very much in the vein of French New Wave, so of course it has some charming dance numbers, cute girls, hunky guys, and a love triangle. And of course, nothing much happens, but it's all very fun and I enjoyed the chaotic fun energy of it. It is very much of its time and would not pass the Bechdel test. Also features beautiful shots of the Corsican coast and a real shitty guy who kinda looks like a French Bob Hoskins. Recommended!

I got a WMR headset (Samsung Odyssey) back in 2019? Ish? And it's been in a box in my basement since I moved houses, before that it was in a box in my apartment. I played Tetris Effect (awesome, beautiful, transcendent experience, but given the length of that game, it got a little sweaty and uncomfortable), House of the Dying Sun (best cockpit fighter VR experience IMO, just rad), War Thunder (nahhhhhh, kinda cool but nahhhhhh), fucked around in VRChat (not literally, but that's a thing if you're into it), played Superhot in VR (dope as fuck, that's a great game flat or in VR) and played through the first hour-ish of HL:Alyx before falling off it. idk. It's inconvenient to set up, my space is too small, it separates me from the world, the games are cool but not worlds better than those that I could play in a traditional setup.

VR is in a weird space where it's more available than ever, there IS content available, and basically it's like magic, but I'm just not interested. I guess they haven't hit upon the "killer app" phenom yet. I played some Beat Saber on a Quest at a holiday party, that was cool, but I couldn't see myself sticking with it. I am genuinely curious to see what Apple's take on it will be, they apparently have some sort of AR headset in very late stages that they've shown to their board, but I don't see what a killer app for AR would be either.

This game was so special to me as a kid. I put god knows how many hours into it. Coming back to it on the Vita was really rough though, between random crashes and the suspend feature failing erasing lots of progress, the super long battle animations... oof. Would be nice to try it again, maybe on Steam Deck with Duckstation. If I could assign a fast-forward button and quicksave it would solve a lot of my problems.