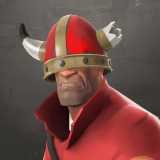 http://www.youtube.com/watch?v=OKitNO88GPk 0:50 my greatest contribution to the giantbomb community, immortalized in video form

Why Red Dead Redemption is so fun.

I bought a little game called Red Dead Redemption on Tuesday, and I have to say I'm very suprised.  It's a really fun game with an absolute plethora of things to do.  But the reason why I like it so much isn't just the gameplay.  Red Dead is one of those games that took me by suprise.  There wasn't a lot of marketing hype or trailers and R* didn't spam game sites with dev diaries or trailers that seem to come out every day.  They also held back on the review side as well, as no one could post a review before the game came out (unless you're IGN of course).

This is why I think RDR is just so damn appealing.  When i started the game, all I knew about the story was that you played as a cowboy.  I find this refreshing because as someone who frequents video game news and community sites, I still had no idea what was going on.  This is what lead to my revelation of how games like Dead Space, Alan wake and GoW3 lose some of their magic because of how much of the game people already know when going in.  I know I control how much of this information I intake, but when I'm genuinely excited for a game I'll consume as much content as they can give me in anticipation.

If you take Alan Wake as a recent example, it had some sort of mini-series that was supposed to be a prequel, a bunch of dev diaries and let review out rather early.  So within that week or so before the game actually came out, I kinda got burned out on the whole Alan Wake thing.  Then I check gamespots releases for this week and see that RDR is launching this week.  Then all the memories of that game start coming back and it's only 2 or 3 days before the games release.

So cheers to R* San Diego and Take Two for putting out such a high quality product while keeping the game's intrigue intact from start to finish.

It looks like one of the thing i need to do is write a new blog...i think.  Now i could go all out and write something with a little thought.  But screw that, my inner point whore is far too prominent.

I just watched the video thing that Vinny and Jeff did, and I saw my roundhouse kick concept page and thought, holy crap.  My nerdy obsession with chuck norris and his fighting awesomeness is shared with others. I just thought it was awesome that with over 25,000ish submissions, they picked one of mine, which is just totally insane. I know it's not that big of a deal, i just thought it was crazy when i saw it.

After some massive COD4 online, I learned why i went back to WoW. Don't get me wrong, I love COD4. I've been playing it since last November. But i am really starting to get tired off all the annoying perks and attachments that people use.  I'm normally not one to complain, but right now I just need to vent my frustration.

I don't outright hate perks for their abilities (save one or two), but mostly the excessive manner some of them are used. Here are some of the things in COD4 online that really get to me if someone kills me with them

I will gladly take a hit or two from a grenade launcher (hereby referred to as GL), it's just another weapon.  But when the first two shots a person takes with said GL are always directed at me, I get angry. This weapon is used to kill numerous enemies hiding out at a distance, or someone who just won't get out of a corner. This is not something you spray around the map hoping to nab a kill. I don't mind getting killed by a GL once or twice a match, but it's a cheap OHKO maneuvre that shouldn't be abused. There is a reason a lot gamers refer to it as the noob tube.

This is another perk that i don't hate it; in fact I use it quite often.  But the way I use it is in a normal, completely strategic manner. I use grenades to clear rooms, or get people out from behind cover who just don't want to move.  I don't lob them down the field at random (this is especially annoying on search and destroy matches), i use them when they're needed.  This perk is the main reason i hate playing S&D when half the other team has 3x frags. You try to eliminate a few members of the other team early on to make things easier on yourself, but where is the fun in that? You only know people are there because they spawn there. Do they do that in real life? No. I just like to have a bit of realism and fairness when playing video games, and this perk is just annoying when overused (like at the beginning of every match for example).

Now we come to the king of all that is annoying in COD4. This is the only perk that I downright hate. I want to hurt small innocent babies every time I see someone using this perk. You don't want me hurting babies, do you?  But seriously, since when do you ever get rewarded for dying in any other game. It's like someone saying, "Oh look, you died...here's a live grenade!".  Normally you can just outrun the explosion, but when you're trapped in a little room, and the doorway is on the other side (this normally happens when I knife snipers who are too stupid to use claymores), there is no way you're getting out alive.  To make matters worse, half the time I'm on a nice long kill streak and a player kills me when they have absolutely no right to. I shot you first, you die. That's how guns work people. Last stand I find okay, mainly because that could actually happen, and is easily fixed with one bullet. And it doesn't activate when you get a head shot. Martyrdom on the other hand...is evil.

Those are my few complaints about COD4 online. I find that pretty much every other perk has some strategic value in one way or another, and can't really be abused (juggernaut is sitting on the fence though). There, got all that off my chest...

Since the site launched, we've seen something totally unexpected happen to the site. Something that no one could have foreseen...the hamburger page exploding like no other. I'd like to think of this as "A giant bomb craze".  All that means is people have gathered so faithfully around something so ordinary and completely random, that it's...well a craze.

But what will the next GB craze be?  Will it stay within the obscurity of fast food? Or will it grow into something completely different? Maybe the GB crew will create a topic of the week where people gather and discuss whatever has been chosen. I'd like to see the GB community grow into something like no other. A wikipedia of games, a place where gamers can come to discuss whatever they chose.  Sort of like an off-topic discussion forum, but whole pages and pictures and video reviews  (see the turboman blog below) of these random topics.

I love the way this site is already headed, and hope to see more of it in the future.

TurboMan
My Review of... The Burger King ...