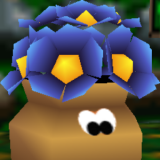 My gaming habits have changed drastically over the years and the one I want to talk to you all to today is the beating of a game, some may say its the most important thing to games while others look at it as a bonus if it happens.

I used to be obsessed with beating games and it drove me to beat and play loads of games, kind of like those "Read 100 books in a year" challenges that you see at the start of a year. My younger self participated in these types of challenges throughout my youth and yes it did get me to actually beat a lot of games. But I started to realise that beating the game became the objective and often the only objective, I would want to find the most optimal route to beating a game even if it meant missing out on some content that probably was fun. I also ended up beating games I would have stopped playing because I was no longer enjoying or enjoyed in the first place.

Two years ago I was playing Seikro and I got to a boss I could not beat, I think I was like 70% into the game but I just couldn't get past this one boss (The head comes off in second stage and he flings poo) so I came to a realisation. I can just put this game down and move on to something else, I don't HAVE to beat it, so I gave in and put it aside and started a new game. But I hated myself for it and took a while for me to accept that I got beat by a game, but who the fuck cares am I right?

A recent example is Dragon Quest Elusive age or whatever for the PS4, I got like 90% of the way through, but I had had enough of the game at that point so was like eh I think I've played what I want and was able to put it down and move on. This time it was easy to move on and not give a second thought as I've started doing that a lot more in my adult life. Time is limited and games often are much longer or infinite now depending on what you play, so I no longer force myself to beat a game if I've had my fill of it. Just because I've put like a lot of time into a game no longer means I HAVE to keep going because I've put all this time into it already, I no longer see that as a waste of time but more just I had fun playing it up till this point now want to move on.

I do love playing games and have beaten so many in my time, but the act of finishing it is no longer my main objective anymore, because who am I here to impress?

What do you guys think? Does it actually matter if you beat a a game or not and is that the purpose of the games?

Blogs Created:
98 blogs
Most Commented blog:
I hit rock bottom, time to dust off and climb back up.
Total Comments on blogs:
2176 comments