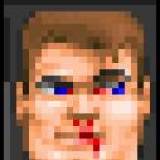 I'm partial to Use Your Ult Brad

Always did like Space Neon Lobsters as well...is that from star trek online or EVE?

So my dota is updating at this very moment and I believe the guild system is being implemented. Thoughts on a good name for the GB guild?

Edit: Well I was wrong about the update releasing the guild system, but fire away suggestions anyway. it should be implemented soon.

I've been trying to grab one off and on for a while. Steam ID is DarkAnus.... long story...

I've enjoyed it quite a bit when I actually get into a game, however the amount of time I've spent waiting for a game to start is probably double the amount of time I've actually played of it (and I'm a lv 6 at the moment which seems like roughly 12 games or so). They need to get that shit taken care of or else I'm out, despite how fun (and free) it is.

So whats next? New game or take some time off?

On the contrary @Akyho , I think your giant golden tribute to the god of tubesteak was Shimmeroiled;s crowning (theres a joke in there somewhere) achievement.

Yeah, feels like a cheap way to go out, but at least it came to a solid end. By the way,VGK, nice writing.

Is anyone here proficient in adventure mode? I've never quite figured it out but it would be cool to head over to Shimmeroiled a hundred or so years in the future to see whats become of it. (I think you can do that, right?)

Played the 2 level demo and in a rare case of weakness, actually ponied up the loot when it said "Purchase the full game to continue". TOTALLY WORTH IT.

Music is awesome. Semi-remixed tracks from the first 2 (as far as I can tell) plus a bunch of new, fitting stuff.

The game has a more methodical pace than most beat 'em up but that has always been the double dragon way. The cheese factor of the game is an 11/10 which is to say its prefect in all the right ways.

I really like they way they took a lot of influence from the old games. As an example, the way they re-used the concept of the helicopter ride from DD2 (door opens and creates suction, pulling guys out the door)

It does get a bit repetitive, especially after dying towards the end of a level, but breaking it up over a few play sessions definitely combats that.

I'd say its well worth the $10, especially if you have a bro around to high-five with.

Yeah. There's already been talk of another GB succession game, but we didn't want to take any of the focus away from the first one. I think the original plan was to return to the beginning of the list on the (EXTREMELY UNLIKELY) chance that VGK does't send the fort into a spiral of golden dicks and dwarven death.

Yakety Sax will always have my vote.

Everything should be made of gold from now on.

@Daveyo520: or everything should be covered in dicks ... either way we dont have a solid theme

BLANKET THE LAND IN GOLDEN DICKS!!!! WE HAVE A THEME AND IT WILL BE GLORIOUS!!!