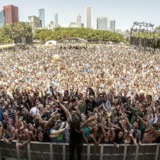 @ezekiel: Hey, do you have any recommendations on how to start playing L4D2 and enjoying it?
I joined a campaign co-op session, we kept repeating the first 10 minutes of the campaign level and dying, there wasn't a lot of communication either. If you were brand new to L4D2 which game modes would you play and what would you do to have a good experience?

@ezekiel: Just bought L4D2, thank you for the detailed advice!! But why, after buying the game, does the game installation include "Left 4 Dead 2" and also "Left 4 Dead 2 Beta"? And why is the Beta 3 GBs bigger than the non-beta? Which do I install?

You need to miss games, man.

True. But I need games in my life..

Do you have a moment to talk about our Lord and Savior, Doom Guy?

You want a long game with unique, fresh mechanics, and you are sick of games that play and look the same, but you're buying Battlefield 1 out of what seems like habit. You don't want any filler, but you're going to start playing Fallout 4 again.

Maybe Owlboy. Don't know about it's length but it has a presentation I don't really know if I have seen the like of in 2016.

As for the length of games, I couldn't agree more. Long games usually bore me. The Turing Test is nice, but Portal-ly (I personally love Portal). I found the story to grab me.

Will look into Owlboy, thank you.

I think i spent most this year playing grim dawn, the loot grind got me and i really liked how it played woth my steam controller.

Damn, I forgot that I donated to kickstart Grim Dawn! Really though, I found Diablo 3 to be the definition of a vicious endless grinding cycle, isn't Grim Dawn the same?

Also might be a chance to revisit something older like a Diablo 2, or branch out and look at the RTS genre or god games. Go back to before the codifications of a lot of common gameplay tropes. Sierra City builders or older good Tony Hawk game.

Please refer to my question ^ to oursin_360

@tobbrobb: I like your take on competitive games, and that is why after a few years hiatus from online shooters, I spent the past 3 months playing BF4 and loving it, and I just bought BF1 and will, based on recommendations in this thread, get Left 4 Dead (been a PC gamer all my life but for some reason I've avoided L4D all these years)

Going through the list of games you've given as an example I really have no idea what you're into. There are a lot of short games out there, walking simulators, indie platformers, shmups. VR games will also last you an hour or so if you're willing to pay a premium. (it seems like you have the cash)

I tend to cycle between two or three games at once with at least one long lasting RPG or open-world/sandbox game and a game that plays well.

What I'm into is Witcher 3, Deus Ex HR, Uncharted 2, Just Cause 2, Crysis, Max Payne... Games that absorbme with their quality gameplay and interactivity, their charming worlds, stories that actually make me want to pay attention, and their focus on fun.

I love the games where the developer respects me enough to give me an experience that they took time and effort to craft, by making almost every moment of the game feel fresh and worked on, NOT a bunch of algorithms throwing boring segments and repetitive tasks at me like its throwing leftovers to a dog.