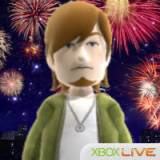 So, an egg of creativity hatched in my brain, so to speak, and the fruits of my labor, I felt, were worth sharing. Thus, in light of some clever fixes, workarounds, and general how-am-I-gonna-pull-this-off wonderment, I give you...*drum roll*:


I've got an undying love for the 8-bit, and playing around in Banjo-Kazooie Nuts & Bolts, it hit me. I could likely make some neat looking pixel art with the grid-oriented building system. So, thus far, I have created Mario, Luigi, the Question Mark Box, and Birdo. All of them are, in fact, driveable, and three of them have abilities. Mario and Luigi throw grenades for the time being, though once I have access to the flamethrower...well... ^_^

Birdo, on the other hand, fires eggs from his/her mouth. They're not very big, and they don't do much damage, but they're eggs, dammit! The Question Mark Box is one I did quickly for the fun of it.

I've gotten a couple of requests already, so I'll be looking into Battletoads and Bad Dudes next, but we'll see what happens. There are, however, still limitations to what I can do. You can only go about 19 blocks high, 19 blocks wide, and I assume 19 blocks thick, and you may only employ 250 pieces. An 8-bit 16-pixel-by-16-pixel sprite is 256 pixels, and I currently only have 100 grid blocks of light and heavy, so there are some nasty roadblocks, but all in all, I've managed to over come them sufficiently to my satisfaction. ^_^

Anyway, I hope you enjoy them. If you really sweet talk me, I might send you the blueprints for the ones you'd like. Just send a PM and we'll work it out or something. Cheers.

Edit: I've produced a new vehicle, one I was anticipating the opportunity to make a great deal. I give you....Balloon Fighter:

Street Fighter HD Remix is off my hard drive. I have deleted it, and I am not going back to it unless my friends want to see it.

Look, I'm no fighting game slouch. Until FPSes became mainstream, I lived and died by my fighting games. For Christmas, when the Super Nintendo came out, my parents got me one along with Street Fighter II, and I played the ever-loving-fuck out of it. Since them, I've played the hell out of every Street Fighter I could get my hands on, from the Alpha series, to the III series, to even some of the more gimmicky games, like Pocket Fighter, and even the offshoots, like Darkstalkers.

I'm not a fucking slouch.

So why, then, can I not beat the Medium difficulty on Super Street Fighter II Turbo HD Remix without spending more continues than there are minutes in an hour?! I've owned Super Turbo before on the GBA, and I literally had to throw a couple of early matches to ensure I didn't run into the Akuma glitch because I was that damn good at it. And yet, here I am, taking it up the ass from a game I used to bend over myself! What. The. Fuck.

I'm having the same fucking issue I had with the Xbox Live release of Hyper Fighting: The AI fights like it was too legit to work for the Psychic Friends network. Seriously, if I wanted a game that read every fucking move I made about 2 seconds before I've even considered it, I'd go play some more UMK3. This is bullshit. Once again, I have a fucking broken Street Fighter game that I shelled out good money for, thanking me for the money whilst simultaneously negating any chance I have at fathering children later in life as it curb stomps my balls, over and over.


I should have saved the money and ogled the trial version until the sheen wore off. I've never been so vocally angry at a fighting game since Guilty Gear XX #Reload. Anyone who's played it knows why.

EDIT: Ha! It gets better. You can't even play the damn game single player in the demo version. Hell, there isn't even a demo version on the PSN! It's not exactly academic proof, but what the fuck?!

EDIT 2: So I figured maybe I'm judging the game on one facet too hard, and I tried my luck online...All I can say is if this were a disc or a cart, I've have thrown it out the window into the pool outside already. The offline game is busted, the online people are all either assholes, addicts, or just plain cheaters, and the only place in the game where I don't feel the urge to gouge out my own eyes is practice. Great. I have confirmed all of the aspects of this game as a complete and utter waste of my time, money, and sanity.
6 Comments

A quick bit of political/L4D humor

Just thought I'd share this. I made it over on the cheezburger network, and thought GiantBomb users would find it funnier:

Also, to anyone who saw it the first time, sorry for the repost. Buggered it up along the way.

I cite this info-ad on the Xbox Live service:

My year has been made...

On the 26th of September, I have lived a life-long dream I didn't know I had: to have my ass kicked by the Producer of the Duke Nukem series, George Broussard. The man behind Duke Nukem kicked my ass at a game of it....and I couldn't be happier. ^_^

I've been waiting 12 years for a real Dukematch...one without bots, but real, human players over the internet, the way it was meant to be, and on the second night of such a privilege, I got to play the man himself.

I am SERIOUSLY fucking stoked. SERIOUSLY!!!!!!

Which video game duo would you like to see in the White House?

Which video game duo would you like to see in the White House as the President and Vice President of the US?

Musings of a Video Gamer vol. 1

I wasn't even HUNGRY?! How the hell did this happen? The only thing I've had today was a pair of 20 oz. Mountain Dew LiveWires. Those don't curb my hunger, and yet, here it is, 2:30 in the morning, and I'm just NOW feeling hungery after a marathon session of Rock Band starting off with 90 minutes of drums!!

Bah. It looks like I'll be waiting another 24-36 months before considering the Wii worth purchasing again.

...considering being that focal word, there.

Proof that Obi-Wan and Anakin are Lightsaber buddies...

I was cruising www.i-mockery.com and this Star Wars ad came up:

I can't possibly imagine why they thought Obi-Wan and Anakin embracing with their (snicker) lightsabers out was a good way to market the soundtrack, but hey...here it is.

Why did I post this? I just found it amusing. ^_^
1 Comments