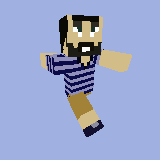 @chekhonte: Typically the week of Christmas, and they'll be on the main Bombcast feed. If you've not listened to them before, buckle up. They're...something.

I think this year, more than most, could potentially call for a "Game of December 2018" award category next year. Smash, Mutant Year Zero, Ashen and Hades all make a fairly packed category. Not saying I believe all or any of these games would crack the top ten anyway, but it does feel like just basic discussion of those games gets crowded out in the space between when they came out, the production prep for the GOTY stuff and then the year that follows. Granted, that is a full calendar year after the fact, so maybe too little, too late, but I think this year more than most really suggests its merits.

Honestly...not really, no. I thought it was a pretty decent year for games. The crew just got really obsessed with the game...kind of like PUBG. This is, after all, their list though. Jeff has said this time and time again that they're making Giant Bomb's favorite games of 2018 - not a list of that year's best games. There are other outlets to go to for that 'list.' This is more about the year-in-review discussion, arguing about nothing, and ultimately creating a list that highlights each of the cast member's favorite games (for the most part).

For reference: Dishonered 2, The Witness, Dark Souls 3, Titanfall 2, Rise of the Tomb Raider, Grim Dawn, Superhot, Overwatch and DOOM all came out in 2016. I would have put all of those above Hitman. Don't get me wrong...I really like Hitman. But some of the games I just mentioned get really shafted due to the crew's tastes, lack of time, new-hire shoe-ins, etc.

I think it is also safe to say that the #1 spot there reflects the general content and feeling of the staff that year, not unlike how cogent arguments could be made against PUBG last year but the effect that game had on the staff itself is pretty undeniable. It is funny, this has always been the ethos behind their "Old Game" of the year discussions, but only the last few years have I felt that ethos has taken over the actual GotY award discussion. See the Skyrim versus Saint's Row debate; Jeff's argument boiled down to "This isn't the world's Game of the Year, it is OUR Game of the Year, and there's never been a more Giant Bomb-ass game than Saints Row the Third", but ultimately that logic lost the day. Super Mario Maker, Hitman and PUBG are all awards that seem specifically to be made through the lens of "This site loved and played the shit out of this game this year, so it clearly is our game of the year".

It's GoTY time, it's the ten year anniversary, so you know what that means:

How would you rank Giant Bomb's ten previous Game of the Year recipients?

A few ground rules: no we as a community aren't going to create a shared, compromised list of these ten games. This is just for your own subjective ten best, and as such no need to go hard on anyone for a list you disagree with. I just found it a fun mental exercise to be given these ten excellent games, and then try to sort out how I feel about them. Feel free to give as much or at little reasoning as you want. Also, this is not the place to air grievances about injustices of games that should have been in the top spot. (Though I am looking at you, 2011.) This is just for fun. If you ruin the fun, you'll be a fun-ruiner, and no one likes that person.

Here is the breakdown in case you're not familiar:

Will post my own personal rankings below. Have fun. Remember? FUN!

Hello fellow Bomb-fans! Happy to announce a new Rock Band Night in Austin, TX, starting on Nov 14th at Haddie's on 12th, a brand new food trailer park located bear 12th and Chicon. Get together your 2-4 part band, enjoy yummy treats from our vendors, and rock out to Rock Band 4 on the PS4. This is our initial test run of this thing, but if we have enough support and buzz we plan to make it a regular occurrence at the park. So tell all your friends and let's have a great time on Nov 14th. Music goes from 6-9, sign-ups at 5:30. Sign-in and more at our Facebook event at https://www.facebook.com/events/700486353420211/

I hope for/look forward to future installments in the series. I just know if those never happen (which seems unlikely with the ground swell of support the game has gotten here and elsewhere), the ending of this game would feel fairly hollow, IMHO.

So just finished this, and can't help but be a bit disappointed by the end.

I know that everyone involved with making the game has been very open with saying they would love to have a sequel, and that they need support to make that a reality, but I also feel like so much of the momentum of the final moments of the game are wasted. Everything from the Mirror Room to the ceremony in the woods all seems to be building to something very significant. But then it turns out the jealous wife did it, and was caught when she lied about the tape. It just feels very anti-climatic, and as much as I DO want more Hi-Jenks, the resolution felt so sudden and unrelated to what seemed to be the main thrust of the game. That is not an uncommon mystery trope, to build up some greater conspiracy over here which turns out to be irrelevant, but it just felt like a big let down for a game that I otherwise thought was a lot of campy fun.

Anyone else feel the same way?

What others have said: this is the follow-up from the team that made Dark Souls 1. If you're already in that sizeable fan base, that's enough to get you in the door, and then past that word of mouth will spread it. I think worrying about reviews sinking the success of this game is a bit of grasping at straws for things to worry about; I think this game has been given all the hype and publicity you can expect from a game like this, and those that want it REALLY want it, and word of mouth will take care for those who don't KNOW they want it yet.

Too strange, especially as I just saw their little comedy panel at PAX South this weekend.

If true, at least they are going with the same spark of humor they came in with.